The much-awaited American superhero film Black Panther: Wakanda Forever, which was released this Friday, has registered an excellent opening weekend at the Indian box office. On the other hand, the Hindi film Uunchai has also managed to garner solid numbers at the box office due to positive word of mouth. 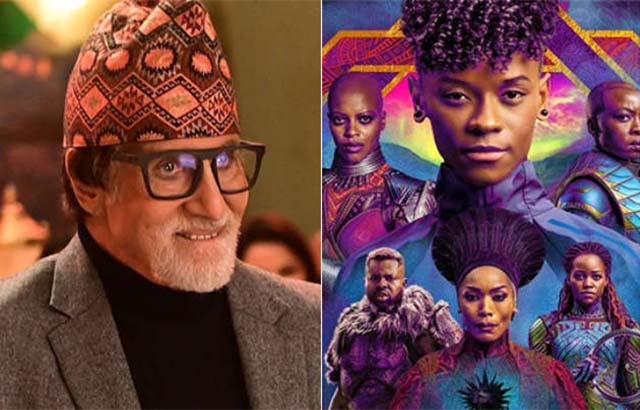 Directed by Ryan Coogler, the sequel to 2018’s Black Panther has received positive reviews from critics as well as the audience. The film starring Letitia Wright, Lupita Nyong’o, Danai Gurira, Winston Duke, and Florence Kasumba, opened on a strong note on Friday across the country and did a business of 11.70 crores.

On Saturday, Black Panther: Wakanda Forever showed a good jump and minted an amount of 13.70 crores. With further growth on Sunday, the film raked a business of 14.10 crores and registered a total collection of 39.50 crores nett in the opening weekend.

In parallel, Sooraj Barjatya’s directorial film Uunchai is winning the hearts of the audience. The film has managed to impress critics as well as the audience and garnered positive word of mouth. On Friday, it took a decent start with limited screens and did a business of 1.81 crores.

Over the weekend, Amitabh Bachchan, Anupam Kher & Boman Irani starrer Uunchai witnessed remarkable growth and bagged an amount of 3.64 crores on Saturday, and 4.71 crores on Sunday. With this, it has registered a 3-day total of 10.16 crores nett from 483 screens nationwide.