The latest offering of Ayushmann Khurrana, one of the most prominent actors of Bollywood – Chandigarh Kare Aashiqui has passed the crucial Monday on a low note. After a slow opening at the box office, the Hindi romantic drama co-starring Vaani Kapoor picked up well over the weekend but unfortunately, got failed to maintain the required pace on the fourth day. 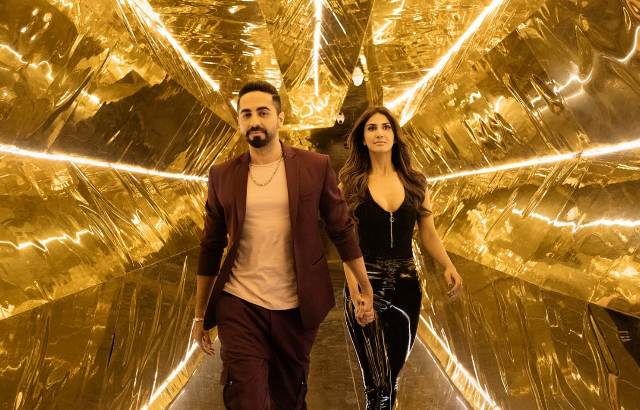 Directed by Abhishek Kapoor, Chandigarh Kare Aashiqui has successfully impressed the critics as well as the audience with its unique plot. It’s an unconventional love story of a bodybuilder and a transgender Zumba teacher. Holding such a bold subject with humour is the reason why it is being praised by everyone.

Despite the positive word of mouth, Ayushmann – Vaani starrer film did not open on the desired note and bagged a business of 3.75 crores on Friday. Over the weekend, when the multiplex audience participated, Chandigarh Kare Aashiqui witnessed a rise in graph and minted an amount of 4.87 crores on Saturday.

On Sunday, with a further jump, the film raked 5.91 crores and registered a total of 14.53 crores nett after the first weekend at the domestic box office. Now it has entered in weekdays and being normal working days, Chandigarh Kare Aashiqui recorded a significant drop on Monday vis-a-vis Friday and collected 2.15 crores.

Judging by the positive reviews, the film was expected to score close to the opening day on day-4 and hold steady throughout the week, but it slipped at a significant rate, which is not a good sign. With this, Chandigarh Kare Aashiqui has increased its total box office collection to 16.68 crores from 2500 screens in India within 4 days of release.