After an excellent opening week, Dangal director Nitesh Tiwari’s latest offering Chhichhore has passed its second weekend also at a super-strong note despite having a couple of new Hindi releases Dream Girl & Section 375 in the opposite. Within 10 days of release, it has come close to Luka Chuppi (94.75 crores) & all set to enter in the 100-crore club very soon. 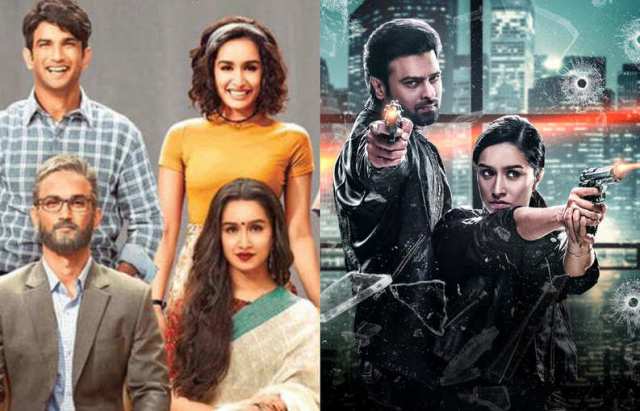 Sushant Singh Rajput, Shraddha Kapoor, and Varun Sharma starrer Hindi comedy-drama has expectedly impressed many in theatres and gathered a solid word of mouth. As a result, it did the business of 68.83 crores in the first week that included 35.98 crores in the weekend and 32.85 crores in weekdays.

Chhichhore is now running in the second week with a terrific pace. On 2nd Friday, despite a drop, it had managed to remain steady and collected 5.34 crores. Over the weekend, it took a huge jump and minted 9.42 crores on Saturday & 10.47 crores on Sunday. After 10 days, its total collection has become 94.06 crores nett.

On the other hand, a couple of weeks back released highly-buzzed action thriller Saaho has unfortunately got failed to live up to the expectations and gathered a mixed word of mouth. Still, it had managed to collect the amount of 116.03 crores in the first and 23.29 crores in the second week from its Hindi version.

Prabhas and Shraddha Kapoor starrer is now running in the third week and has an ordinary hold over the audience. On 3rd Friday, after a significant drop, it had managed to collect 0.65 crore. Over the weekend, it showed decent growth and minted 0.80 crore on Saturday & 1.01 crore on Sunday. After 17 days, its total collection has become 141.78 crores nett.