After a solid first week, the Hindi romantic comedy De De Pyaar De has passed its second week also at a strong note. Despite having several new releases like India’s Most Wanted, PM Narendra Modi & Aladdin in parallel, it remained stable at the box office and has done the business of approx. 84.50 crores within 2 weeks. 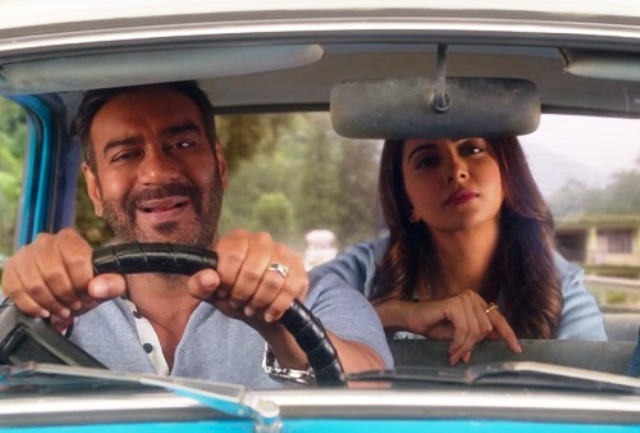 Starring superstar Ajay Devgn, Tabu & Rakul Preet Singh in lead roles, Akiv Ali’s directorial got succeed to entertain many in theatres and gathered a positive word of mouth. As a result, it did the business of 61.05 crores in the opening week with 38.54 crores in the weekend & 22.51 crores on weekdays from 3100 screens across India.

In the second weekend, De De Pyaar De remained unaffected at the box office despite the clutter and raked the business of 14.04 crores that included 3.58 crores on Friday, 4.78 crores on Saturday & 5.68 crores on Sunday. Then on weekdays as well, it maintained a steady pace after a normal drop in footfalls.

With this, the 2 weeks total collection of De De Pyaar De has become 84.49 crores nett at the domestic box office. In the next week, there is no major Hindi release, so it is expected to go past 90 crores by the release of Salman Khan’s highly-awaited Bharat i.e. 5 June 2019.