A couple of weeks back released, De De Pyaar De continues to score well at the box office despite having several new and existing offerings in the opposite. The Hindi romantic comedy has passed its last two weeks at a good note and also started the third week at a steady pace. 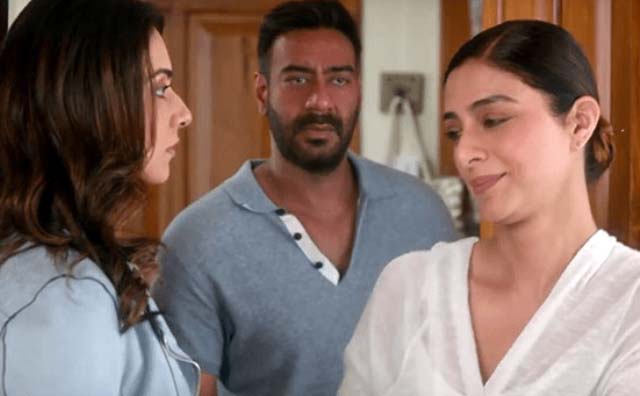 Directed by Akiv Ali, De De Pyaar De has got succeed to entertain many in theatres and gathered a positive word of mouth. As a result, it did the business of 61.05 crores in the first week with 38.54 crores in the weekend & 22.51 crores on weekdays from 3100 screens across India.

Then in the second week as well, superstar Ajay Devgn, Tabu and Rakul Preet Singh starrer maintained a solid pace and raked the business of 23.44 crores that included 14.04 crores in the weekend and 9.40 crores on weekdays. After the 2 weeks, its total collection was recorded at 84.49 crores.

Now De De Pyaar De has entered in the third weekend and still has enough hold over the audience. On 3rd Friday, the movie recorded a drop of only 5.32% as compared to the previous day and minted the amount of 1.96 crores. With this, the 15 days total collection of DDPD has become 86.45 crores nett at the domestic box office.

The first-ever collaboration between T-Series Films & Luv Films’ has only a few days left to add maximum numbers to its account because Salman Khan’s highly-awaited Bharat is all set to hit the screens this Wednesday i.e. on 5 June 2019.