Superstar Ajay Devgn, Tabu and Rakul Preet Singh starrer Hindi romantic comedy De De Pyaar De is running well at the box office since its release and still has a good hold over the audience in its third week despite having the new Hollywood offering Godzilla: King Of The Monsters and last week’s Aladdin in the opposite. 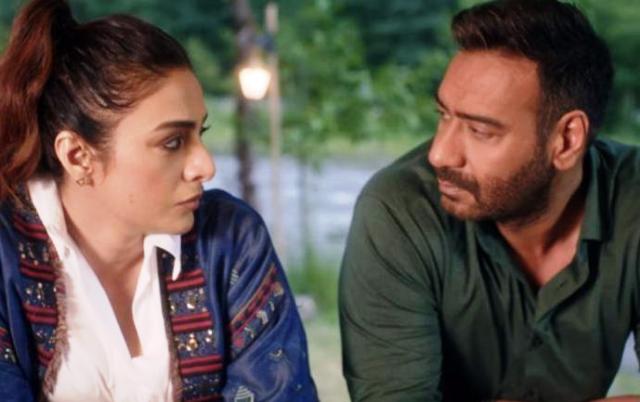 The first-ever joint venture of Bhushan Kumar led T-Series and Luv Ranjan’s Luv Films, De De Pyaar De has hit the target right and entertained many in theatres. In the first week, it had registered the business of 61.05 crores with 38.54 crores in the weekend & 22.51 crores on weekdays from 3100 screens across India.

In the second week as well, it maintained a good pace at the box office and managed to rake the business of 23.44 crores that included 14.04 crores in the weekend and 9.40 crores on weekdays. After the 2 weeks, its total collection was recorded at 84.49 crores.

De De Pyaar De is now running in the third week and once again showed healthy growth in footfalls over the weekend. In its third weekend, the film did the business of 8.59 crores that included 1.96 crores on Friday, 2.82 crores on Saturday and 3.81 crores on Sunday.

Now DDPD has entered on weekdays and still getting enough response from the audience. On 3rd Monday, it recorded a drop of 27.55% vis-a-vis 3rd Friday and minted the amount of 1.42 crores. After 18 days, its total collection has become 94.50 crores nett at the domestic box office.