The much-awaited film of superstar Ajay Devgn, De De Pyaar De has got succeed to gather mostly positive reviews from the critics but surprisingly didn’t take an expected start at the box office on Friday. Although it has gained a positive word of mouth which will help it to grow over the weekend. 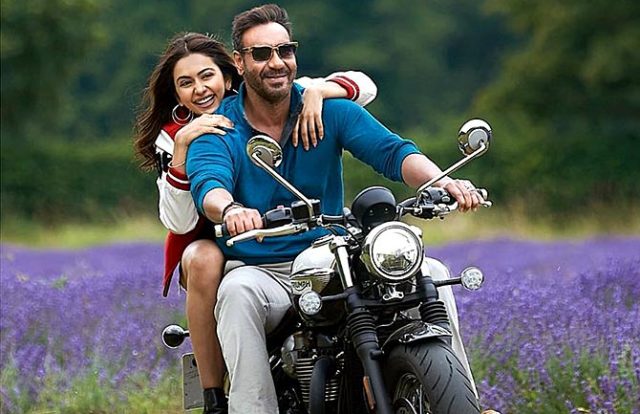 Directed by Akiv Ali, the Hindi romantic comedy stars Tabu & Rakul Preet Singh opposite Ajay in lead roles. As per reviews, all the actors have performed very well in the film backed by a smart writing & convincing direction. The audience has also found it entertaining and showed a thumbs up.

Before the release, T-Series Films and Luv Films’ first joint production had its special paid previews on Thursday evening in the selected cities across India, where it recorded a decent response from the audience and managed to rake the business of 1.25 crore nett.

On Friday, despite positive feedback, DDPD has received after the previews, it took a below-average start in the morning with an occupancy of around 15% only, which was lesser than that of last Friday’s Student Of The Year 2. Post noon shows, it showed a good jump in footfalls and registered the business of 9.16 crores from 3100 screens nationwide.

Including previews, the opening collection of De De Pyaar De can be considered as 10.41 crores nett. With this, it has become the 6th highest opener of the year so far in Hindi cinema and also, emerged as the 10th best opener of Ajay Devgn’s career.