The second offering of superstar Ajay Devgn in this year after Total Dhamaal, De De Pyaar De is all set to hit the screens on Friday amid the huge excitement of fans. Being the much-awaited film, it has good hype across the country and positively expected to take a strong start at the box office. 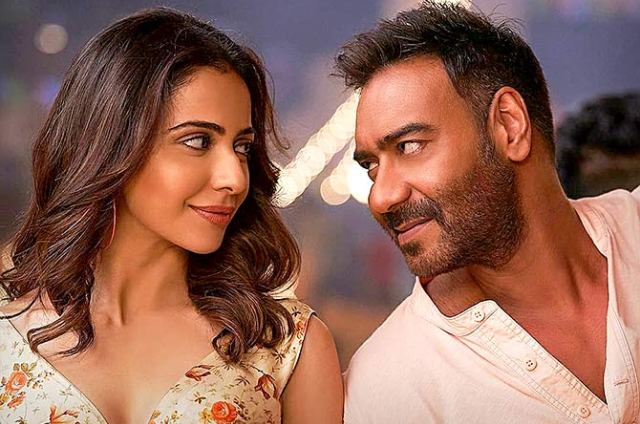 Ajay Devgn is one of the most popular superstars in India and has a massive fan following across the globe. From the last several years, he is giving back to back hits in various genres. His latest film is a romantic comedy with youthful music that attracts a major segment of the audience.

Looking at the previous records, Kartik Aaryan & Kriti Sanon starrer Luka Chuppi with similar genre had managed to register the opening business of 8.01 crores. While Ajay Devgn’s last film Total Dhamaal was opened at 16.50 crores & holds the 4th position among the top openers of 2019 so far.

Coming to De De Pyaar De, then it has solid star power, good pre-release hype & high screen count, but it also has Hollywood film, John Wick 3 releasing on the same day. So considering all the facts & current scenario, it seems capable to open at a range of 13-14 crores nett.

Directed by Akiv Ali, De De Pyaar De stars Tabu & Rakul Preet Singh opposite Ajay Devgn. Produced by T-Series Films & Luv Films, it is releasing on 17 May 2019 and also has paid previews on Thursday’s evening, which can raise its opening business by 2-3 crores at the domestic box office.