Superstar Salman Khan’s highly-awaited Bharat has joined the race from Wednesday and affected the run of all the existing films at the box office. The same has happened with Ajay Devgn starrer De De Pyaar De also, which is running very well since its release. 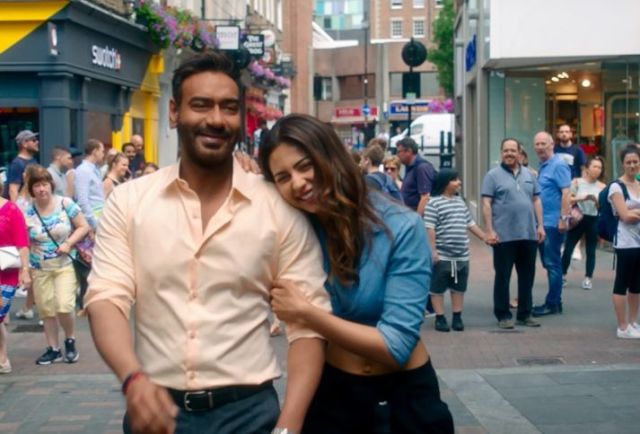 Directed by Akiv Ali, the romantic comedy De De Pyaar De has got succeed to entertain everyone and gathered a good word of mouth. After the two successful weeks, it had maintained a good pace in the third weekend and did the business of 8.59 crores with 1.96 crores on Friday, 2.82 crores on Saturday and 3.81 crores on Sunday.

On weekdays, the film recorded a normal drop in footfalls and managed to collect the amount of 1.42 crore on 3rd Monday & 1.36 crore on 3rd Tuesday. On the next day i.e. 3rd Wednesday, DDPD witnessed a significant drop due to Bharat and minted the amount of 0.65 crore.

The first-ever collaboration of Bhushan Kumar led T-Series Films & Luv Ranjan’s Luv Films has now witnessed a dent in its business but still has a chance to join the 100-crore club by the end of its fourth week.