After passing the last 3 weeks at a successful note, superstar Ajay Devgn, Tabu and Rakul Preet Singh starrer De De Pyaar De showed decent performance in the fourth weekend despite having Salman Khan’s Bharat in its parallel. Now it is just a few steps away from the 100-crore mark, which will be covered by the end of this week. 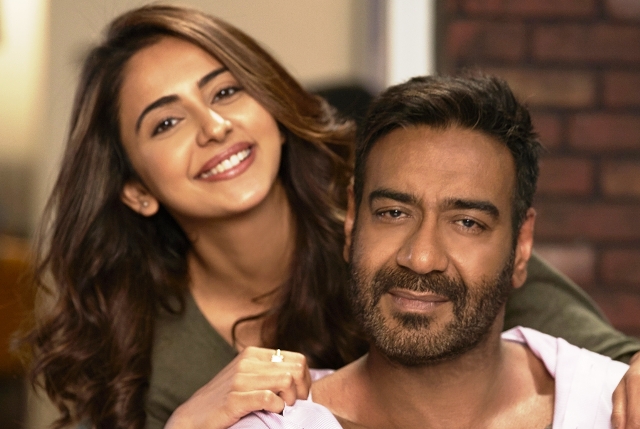 Directed by Akiv Ali, the Hindi romantic comedy has got succeed to entertain many in theatres and gathered a positive word of mouth. As a result, it did the business of 97.01 crores in the last 3 weeks that included 61.05 crores in the first, 23.44 crores the second and 12.52 crores in the third week.

De De Pyaar De has started the fourth week at a steady note as compared to the previous day and bagged the amount of 0.50 crore on 4th Friday. On the next day i.e. 4th Saturday, it recorded a fair jump in footfalls and managed to collect the amount of 0.80 crore.

Then on 4th Sunday, Bhushan Kumar led T-Series and Luv Ranjan’s Luv Films’ production was opened at a higher note and witness decent growth post noon shows despite India Vs Australia cricket match and minted the amount of 1.02 crore.

After 24 days, the total collection of De De Pyaar De has become 99.33 crores nett at the domestic box office. As the film is still getting enough response from the audience, it is expected to join the 100-crore club by the end of this week.