After a decent but below-expected start on Friday, the second offering of superstar Ajay Devgn in this year so far, De De Pyaar De has recorded healthy growth in footfalls on Saturday. Due to the positive reviews, the film has gained a good word of mouth which is helping it to attain the desired pace at the box office. 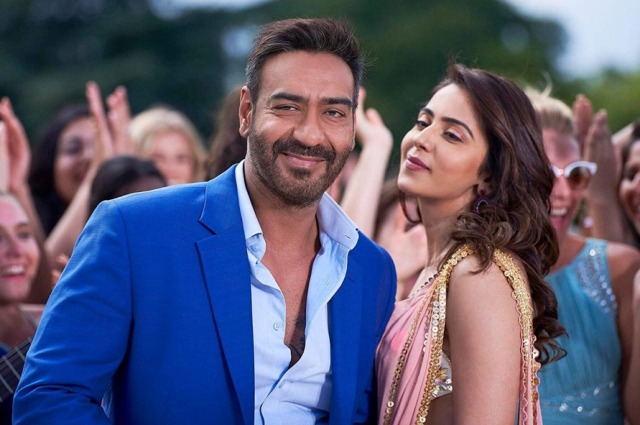 On Friday, Akiv Ali’s directorial took a slow start with only 15% occupancy in the morning but eventually managed to register a decent opening business of 10.41 crores including 1.25 crore from the paid previews held on Thursday evening. With this, it has emerged as the 6th highest opener of the year & 10th best for Ajay Devgn.

On the next day i.e. Saturday, due to positive word of mouth, De De Pyaar De recorded a solid jump of 46.18% vis-a-vis Friday and bagged the amount of 13.39 crores. After 2 days, the total collection of this Hindi romantic comedy has become 23.80 crores nett from 3100+ screens.

As per the current trend, DDPD is positively expected to take a further jump on Sunday and rake around 40 crores by the end of this weekend. Being a high budget film, it has to remain steady on weekdays as well.