This Friday released the much-awaited Hindi film, De De Pyaar De had started its journey at a below-expected note but successfully managed to pick up on the next day due to positive word of mouth. Although on Sunday, its business got hit by the last phase of Lok Sabha Elections and didn’t score the desired numbers. 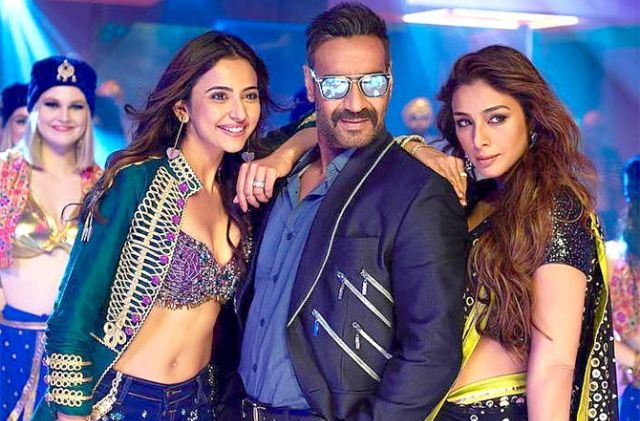 Directed by Akiv Ali, the Hindi romantic comedy stars Ajay Devgn, Tabu & Rakul Preet Singh in lead roles who have performed wonderfully and are being appreciated by everyone. With the entertaining plot & convincing direction, the film has got succeed to impress many critics and received positive reviews.

On Friday, De De Pyaar De was opened at a slow note with only 15% occupancy in the morning. Post noon shows, it recorded good growth in footfalls and registered the 6th highest opening of the year so far in Hindi cinema with 10.41 crores that included 1.25 crore of paid previews held on Thursday evening.

On Saturday, as expected, the first-ever joint production of T-Series Films & Luv Films witnessed a healthy jump and raked the business of 13.39 crores. Then on Sunday, due to the elections in some states, DDPD showed a limited jump and minted the amount of 14.74 crores.

With this, the total collection of De De Pyaar De has become 38.54 crores nett at the domestic box office from 3100 screens. Despite the positive feedback & paid previews, Ajay Devgn starrer got failed to beat the opening weekend record of Student Of The Year 2 (38.83 crores).