After a good opening week, superstar Ajay Devgn, Tabu and Rakul Preet Singh starrer De De Pyaar De has started the second week at an almost steady note at the box office. Despite a couple of new Hindi offerings, it remained the first choice of viewers across the country. 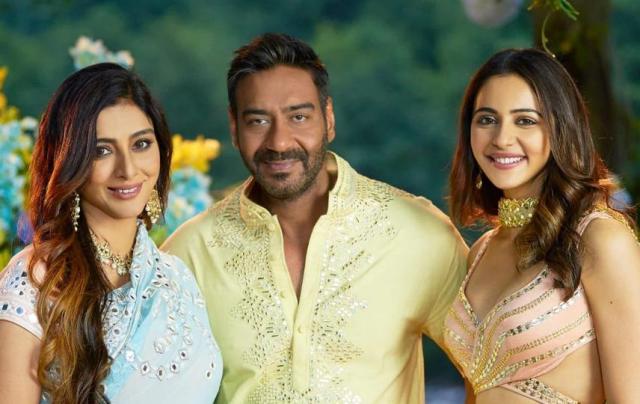 Jointly produced by Bhushan Kumar led T-Series & Luv Ranjan’s Luv Films, the Hindi romantic comedy has got succeed to impress the critics and received positive reviews for its interesting plot, convincing direction & the wonderful performances given by the leading actors.

Despite a decent start on last Friday, De De Pyaar De had registered an under-performed weekend but maintained a solid pace on weekdays and passed a week at an overall good note. In the first week, it did the business of 61.05 crores that included 38.54 crores in the weekend & 22.51 crores on weekdays from 3100 screens nationwide.

Now Akiv Ali’s directorial has entered in the second weekend and still has a good hold over the audience despite several new releases. On 2nd Friday, it recorded a drop of 20.09% as compared to the previous day and minted the amount of 3.58 crores.

After 8 days, the total collection of De De Pyaar De has become 64.63 crores nett at the domestic box office. As per the current trend, DDPD is positively expected to go past 74 crores by the end of this weekend.