Despite the several new releases at the box office, last Friday released Hindi romantic comedy De De Pyaar De is maintaining a solid pace in its second week. Remaining the primary choice of viewers among all the Hindi options, it is showing a healthy jump in footfalls over the second weekend as well. 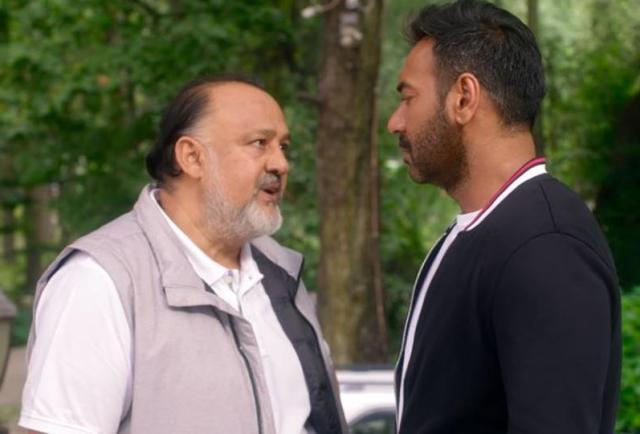 Directed by Akiv Ali, De De Pyaar De has gathered mostly positive reviews from the critics as well as the audience and gained a good word of mouth. As a result, it had registered a strong business of 61.05 crores in the opening week that included 38.54 crores in the weekend & 22.51 crores on weekdays from 3100 screens across India.

Superstar Ajay Devgn, Tabu & Rakul Preet Singh starrer is now running in the second week and started the weekend at a fair note. On 2nd Friday, it managed to collect the amount of 3.58 crores despite new releases India’s Most Wanted, PM Narendra Modi & Disney’s Aladdin.

On the next day i.e. 2nd Saturday, De De Pyaar De took a healthy jump of 33.52% vis-a-vis 2nd Friday and minted the amount of 4.78 crores. With this, its 9 days total collection has become 69.41 crores nett at the domestic box office. As per the current trend, it is likely to go past 75 crores by the end of this weekend.

The first-ever collaboration between Bhushan Kumar led T-Series & Luv Ranjan’s Luv Films, De De Pyaar De is not getting the desired response from mass centers but Mumbai, Delhi, Punjab & other nearby states are contributing very well to its business.