After a phenomenal first week, Ayushmann Khurrana, Nushrat Bharucha, and Manjot Singh starrer Dream Girl has passed its second weekend at a super-strong note. Despite several new Hindi releases, it has remained unaffected and come quite close to the 100-crore mark. 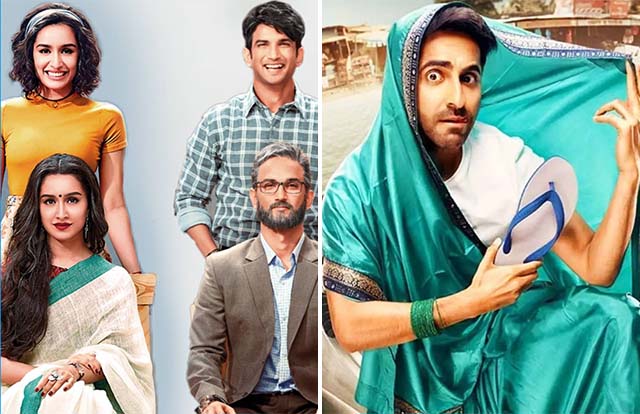 Directed by Raaj Shaandilya, the Hindi comedy-drama is entertaining everyone in theatres and has gathered a solid word of mouth. In the opening weekend, it did the fantastic business of 72.20 crores nett that included 44.57 crores in the weekend and 27.63 crores in weekdays.

Dream Girl had started the second week at a solid note by collecting the amount of 5.30 crores on 2nd Friday. Over the weekend, it showed healthy growth and minted 9.10 crores on 2nd Saturday & 11.05 crores on 2nd Sunday. After 10 days, its total domestic collection has become 97.65 crores nett.

In parallel, Sushant Singh Rajput, Shraddha Kapoor, and Varun Sharma starrer comedy-drama Chhichhore has also gathered a good word of mouth and did the business of 68.83 crores in the first and 40.47 crores in the second week. The film is now running in the third week and had started the weekend at a steady note.

On 3rd Friday, Nitesh Tiwari’s directorial had raked the business of 3.09 crores after a slight decline. Then it had witnessed a noticeable jump in footfalls and minted 5.70 crores on 3rd Saturday. On the next day i.e. 3rd Sunday, the film has managed to collect 7.14 crores and raised 17 days total collection to 125.23 crores nett.