Balaji Motion Pictures and Zee Studios’ presentation Dream Girl has already become the 12th Hindi film of the year to cross the 100-crore mark at the domestic box office. After a fantastic first week, it is now heading strongly in the second week as well despite having several new Hindi offerings in the opposite along with the holdover Chhichhore. 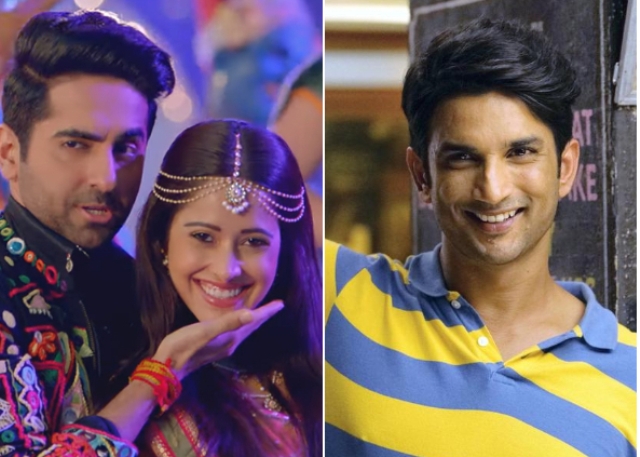 Starring Ayushmann Khurrana, Nushrat Bharucha, Annu Kapoor, and Manjot Singh, the Hindi comedy-drama has gathered a solid word of mouth and did the business of 72.20 crores in the first week. In the second weekend, it had maintained a superb pace and raked 25.45 crores with 5.30 crores on Friday, 9.10 crores on Saturday & 11.05 crores on Sunday.

Directed by Raaj Shaandilya, Dream Girl is now running on weekdays and still has a very good hold over the audience. On 2nd Monday, after a slight drop, it had bagged the amount of 3.75 crores. On the next day i.e. 2nd Tuesday, the film has managed to collect 3.30 crores and raised 12 days total collection to 104.70 crores nett.

In parallel, Sushant Singh Rajput, Shraddha Kapoor, and Varun Sharma starrer Chhichhore is also rocking at the box office since its release. Due to a good word of mouth, it did the business of 68.83 crores in the first & 40.47 crores in the second week. Then in the third weekend, it had scored 15.93 crores with 3.09 crores on Friday, 5.70 crores on Saturday & 7.14 crores on Sunday.

Now in weekdays as well, Nitesh Tiwari’s directorial is holding well and did the business of 2.25 crores on 3rd Monday. On 3rd Tuesday, after a slight decline, the film managed to collect 2.10 crores and raised 19 days total collection to 129.58 crores nett at the domestic box office.