After a fantastic first week, Ayushmann Khurrana and Nushrat Bharucha starrer Dream Girl has passed its second week also at a phenomenal note and become the 11th highest-grossing Hindi film of the year so far by surpassing the lifetime collection of Ajay Devgn’s De De Pyaar De (103.64 crores) at the domestic box office. 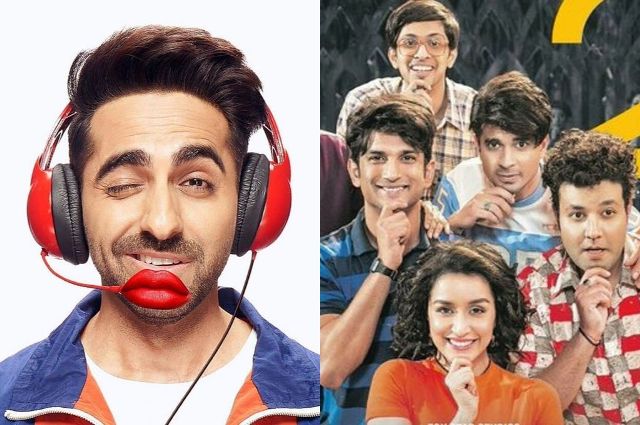 Directed by Raaj Shaandilya, the Hindi comedy-drama has got succeed to entertain everyone and did the business of 72.20 crores in the first week. In the second weekend, it had maintained a strong pace and raked 25.45 crores that included 5.30 crores on Friday, 9.10 crores on Saturday & 11.05 crores on Sunday.

Then on weekdays as well, Dream Girl has remained rock-steady and minted the amount of 3.75 crores on 2nd Monday, 3.30 crores on 2nd Tuesday & 3.10 crores on 2nd Wednesday. On the next day i.e. 2nd Thursday, it has managed to collect 3 crores and raised 2 weeks total collection to 110.80 crores nett.

On the other hand, Sushant Singh Rajput and Shraddha Kapoor starrer Chhichhore has also gathered a good word of mouth and did the business of 68.83 crores in the first & 40.47 crores in the second week. In its third weekend, it had scored 15.93 crores with 3.09 crores on Friday, 5.70 crores on Saturday & 7.14 crores on Sunday.

On weekdays, Nitesh Tiwari’s directorial had witnessed a slight drop and minted the amount of 2.25 crores on 3rd Monday, 2.10 crores on 3rd Tuesday & 2.03 crores on 3rd Wednesday. With the almost similar response, the film has bagged 1.92 crores and raised its 3 weeks total collection to 133.53 crores nett.