After a couple of fabulous weeks, Ayushmann Khurrana and Nushrat Bharucha starrer Dream Girl has entered in the third week at a surprising note. While Sushant Singh Rajput and Shraddha Kapoor starrer Chhichhore has also refused to slow down in its fourth week. 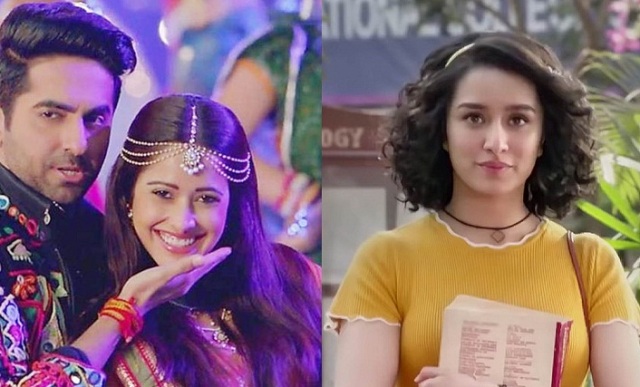 Directed by Raaj Shaandilya, the Hindi comedy-drama Dream Girl has gathered a solid word of mouth and did the business of 72.20 crores in the first week. Then in the second week as well, it had maintained a strong pace at the box office and raked the business of 38.60 crores.

Produced by Balaji Motion Pictures and Zee Studios, the film still has a very good hold over the audience and has started the third weekend strongly. On 3rd Friday, it has minted the amount of 3.40 crores with a good jump and raised its 15 days total collection to 114.20 crores nett.

Sajid Nadiadwala and Fox Star Studios’ production has now entered in the fourth week and still holding well nationwide. On 4th Friday, it has managed to collect 2.37 crores and raised 22 days total collection to 135.90 crores nett at the domestic box office.