After the release of highly-awaited Hindi action thriller War, Telugu epic action-drama Sye Raa Narasimha Reddy, and Hollywood’s Joker, the existing offerings Dream Girl and Chhichhore have witnessed a significant drop in footfalls on Wednesday but still holding well across the country due to a solid word of mouth. 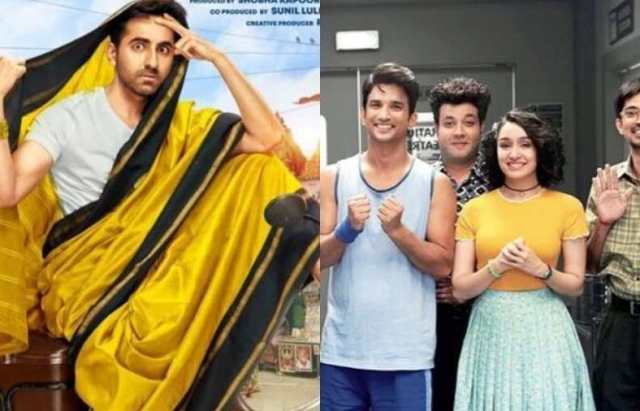 Starring Ayushmann Khurrana and Nushrat Bharucha in lead roles, comedy-drama Dream Girl has entertained everyone in theatres and did the business of 72.20 crores in the first and 38.60 crores in the second week. In the third weekend, it had managed to collect 16.20 crores with 3.40 crores on Friday, 6.30 crores on Saturday & 6.50 crores on Sunday.

Then on weekdays, after a normal drop, Raaj Shaandilya’s directorial had minted 2 crores on 3rd Monday & 2.50 crores on 3rd Tuesday. On the next day i.e. 3rd Wednesday, with a further decline, the film has bagged the amount of 0.85 crore and raised 20 days total collection to 132.35 crores nett.

On the other hand, Sushant Singh Rajput and Shraddha Kapoor starrer Chhichhore has impressed many in theatres and had garnered the business of 68.83 crores in the first, 40.47 crores in the second, and 24.23 crores in the third week. In the fourth weekend, it had scored 11.07 crores with 2.37 crores on Friday, 4.32 crores on Saturday & 4.38 crores on Sunday.

On 4th Monday, Nitesh Tiwari’s directorial had collected the amount of 1.38 crore, while raked the business of 1.77 crores on 4th Wednesday. On the next day i.e. 4th Wednesday, the film has managed to collect 0.69 crore and raised 27 days total collection to 148.44 crores nett.