Despite the release of several new Hindi films this Friday, holdover titles Dream Girl and Chhichhore still have a solid hold over the audience nationwide and heading unaffectedly at the box office. After a strong Friday, both have shown a huge jump on Saturday while the new ones remained dull. 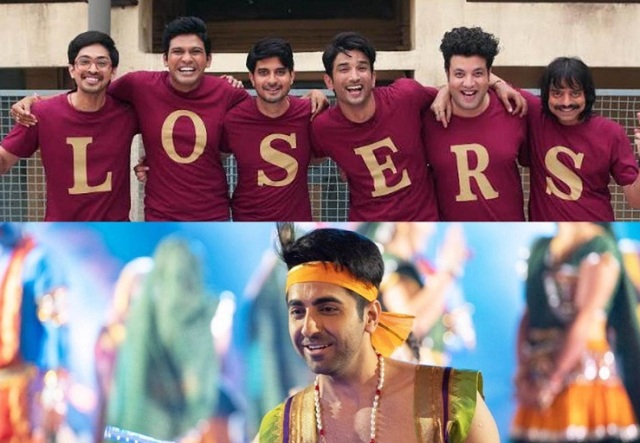 Ayushmann Khurrana, Nushrat Bharucha, and Manjot Singh starrer comedy-drama Dream Girl has got succeed to entertain the viewers and gathered a solid word of mouth. As a result, it had raked 72.20 crores in the opening week that included 44.57 crores in the weekend and 27.63 crores in weekdays.

Directed by Raaj Shaandilya, the film is now running in the second week and had started the weekend at a rock-strong note by collecting 5.30 crores on its 2nd Friday. On the next day i.e. 2nd Saturday, it showed healthy growth and minted 9.10 crores. After 9 days, its total domestic collection has become 86.60 crores nett.

In parallel, Sushant Singh Rajput, Shraddha Kapoor, and Varun Sharma starrer comedy-drama Chhichhore has also lived up to the expectations and gained a good word of mouth. In the last 2 weeks, it had scored 109.30 crores with 68.83 crores in the first and 40.47 crores in the second week.

Nitesh Tiwari’s directorial had started its second weekend at a superb note and collected 3.09 crores on its 3rd Friday. On the next day i.e. 3rd Saturday, with a noticeable jump, it has managed to collect 5.70 crores and raised its 16 days total collection to 118.09 crores nett at the domestic box office.