The much-anticipated Drishyam 2 is getting an overwhelming response across the country and has registered a phenomenal opening weekend at the domestic box office. The newly released Hindi crime thriller has surprised everyone with its outstanding performance at a time when most Hindi films were struggling. 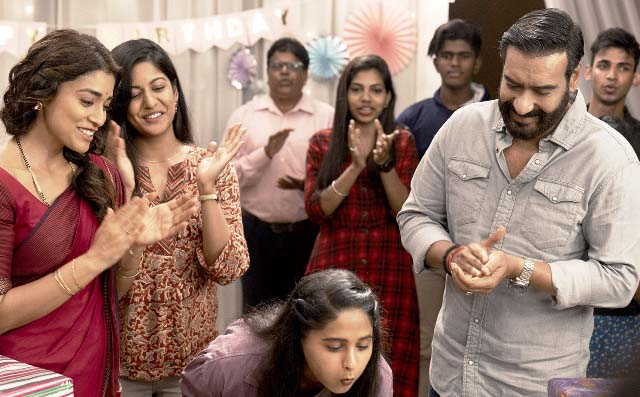 Featuring Ajay Devgn, Tabu, Akshaye Khanna, Shriya Saran, and Ishita Dutta in the leading roles, Drishyam 2 has managed to create the desired impact on viewers with its engaging storyline backed by excellent performances from all the actors. With high recall value and solid word of mouth, the film is soaring at the box office.

Directed by Abhishek Pathak, Drishyam 2 took a strong start on Friday and registered the second-best opening of the year in Bollywood with 15.38 crores, beating Ram Setu (15.25 crores). On Saturday, as expected, the film showed remarkable growth of 40.38% vis-a-vis day 1 and minted an amount of 21.59 crores.

Then on Sunday as well, Panorama Studios’ production recorded further growth of 25.85% vis-a-vis day 2 and collected 27.17 crores, taking its opening weekend total collection to 64.14 crores nett with 3302 screens across India. As per the current trend, the film is expected to remain strong and steady on weekdays.

In the international market as well Drishyam 2 is running successfully and has grossed 20.75 crores in 3 days with 5.75 crores on Friday, 7 crores on Saturday, and 8 crores on Sunday. At the worldwide box office, the film has gathered over 98 crores gross with 77.44 crores gross from India.