After a fantastic opening weekend at the box office, Drishyam 2 remained rock-steady on weekdays and has registered an outstanding first week. At a time, when most Hindi films were struggling, the much-anticipated Hindi crime thriller received an overwhelming response across the country and managed to enter the 100-crore club in just a week. 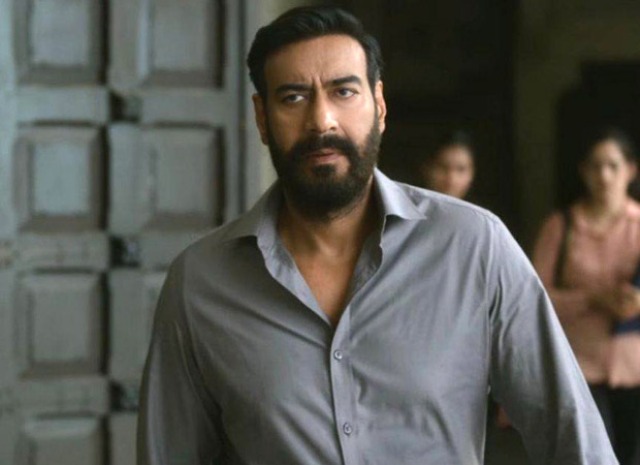 Featuring superstar Ajay Devgn, Akshaye Khanna, Tabu, Shriya Saran, and Ishita Dutta, Drishyam 2 has created the desired impact on critics as well as the audience and garnered solid word of mouth. Owing to a high recall value and positive wave all around, the film has surprised everyone with its outstanding performance at the box office.

Drishyam 2, directed by Abhishek Pathak, opened on a strong note on Friday and registered the second-best opening of the year in Bollywood with 15.38 crores. With remarkable growth over the weekend, it did a business of 21.59 crores on Saturday and 27.17 crores on Sunday, taking its 3-day total to 64.14 crores nett.

Then on weekdays, Panorama Studios’ production reported a usual drop due to normal working days but still remained rock-strong and raked a business of 11.87 crores on Monday, 10.48 cores on Tuesday, and 9.55 crores on Wednesday. With a further slight dip, Drishyam 2 collected 8.62 crores on Thursday and registered a 7-day total of 104.66 crores nett from 3302 screens across India.

As per the current trend, Drishyam 2 is expected to stay strong in weekend 2 as well and give a tough fight to the new Hindi offering Bhediya starring Varun Dhawan and Kriti Sanon. In the international market also, the film is running successfully and has grossed approx. 145 crores worldwide in a week.