After a flying start at the box office on Friday, the much-anticipated Hindi crime thriller Drishyam 2 reported remarkable growth on Saturday. At a time, when most Hindi films were struggling, superstar Ajay Devgn’s new offering surprised everyone with its phenomenal run across the country. 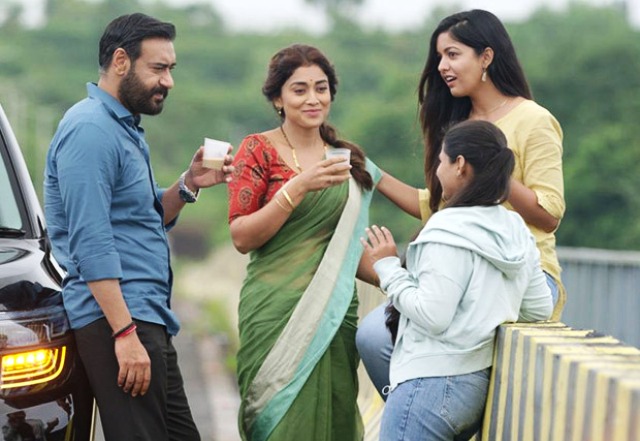 Directed by Abhishek Pathak, Drishyam 2 has received very positive reviews from critics as well as the audience and garnered solid word of mouth. The film has managed to impress everyone with its engaging storyline backed by commendable performances from the leading actors.

On the opening day, Drishyam 2 took an excellent start with 30-35% occupancy in the morning and registered the second-best opening of the year in Bollywood with 15.38 crores nett, beating the record of Akshay Kumar’s action-adventure film Ram Setu (15.25 crores) and Kartik Aaryan’s horror-comedy Bhool Bhulaiyaa 2 (14.11 crores).

Then on Saturday as expected, Panorama Studios’ production film showed a jump of 39.92% vis-a-vis day 1 and did a business of 21.59 crores nett. After 2 days, Drishyam 2 registered a total of 36.97 crores nett from 3302 screens nationwide. In the overseas market as well, it is running well and grossed approximately 12.75 crores within 2 days.

As per the current trend, Drishyam 2 is expected to show further growth on Sunday and cross the mark of 60 crores nett in the opening weekend at the domestic box office. Meanwhile, another Hindi film which was released this Friday, Mister Mummy is struggling at the box office.