After an average opening weekend, last Friday released Ek Ladki Ko Dekha Toh Aisa Laga has completed a week on an overall low note despite getting mostly positive reviews from the critics for its unusual love story. While the previous releases have registered higher numbers at the box office. 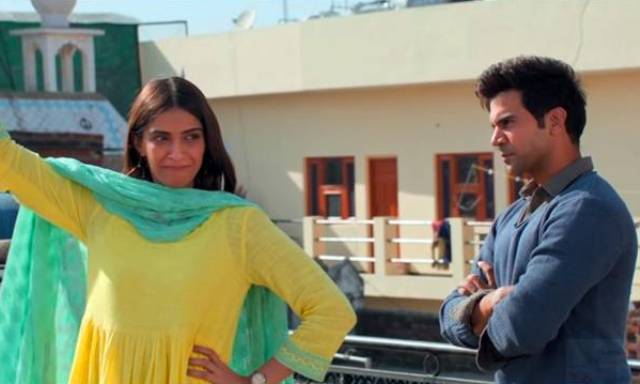 Starring Anil Kapoor & his daughter Sonam Kapoor together for the first time along with Juhi Chawla & Rajkummar Rao, the Hindi romantic drama has got succeed to convince the critics but doesn’t attract the major audience, which is the main reason behind its failure at the box office.

Directed by Shelly Chopra Char, Ek Ladki Ko Dekha Toh Aisa Laga was released amid normal buzz due to lack of promotions and took a dull start. Over the weekend, the film recorded a decent but insufficient growth and raked the business of 13.53 crores which included 3.30 crores on Friday, 4.65 crores on Saturday & 5.58 crores on Sunday.

On weekdays due to normal working days, Fox Star Studios’ presentation recorded regular drops in footfalls and minted the amount of 1.90 crores on Monday, 1.71 crores on Tuesday & 1.37 crores on Wednesday. On the next day i.e. Wednesday, it managed to collect 1.17 crores and raised one week total collection to 19.68 crores from 1500 screens across India.

Produced by Vidhu Vinod Chopra, Ek Ladki Ko Dekha Toh Aisa Laga (ELKDTAL) is the second collaboration of Anil Kapoor & Rajkummar Rao after last year’s Fanney Khan and interestingly this one is also struggling to divert enough audience towards itself.