The much-awaited Hollywood offering Hobbs & Shaw was opened at a flying note in India and has witnessed good growth over the weekend at the Indian box office. While the adjacent Hindi release Khandaani Shafakhana has remained dull throughout and scored lower than the existing ones. 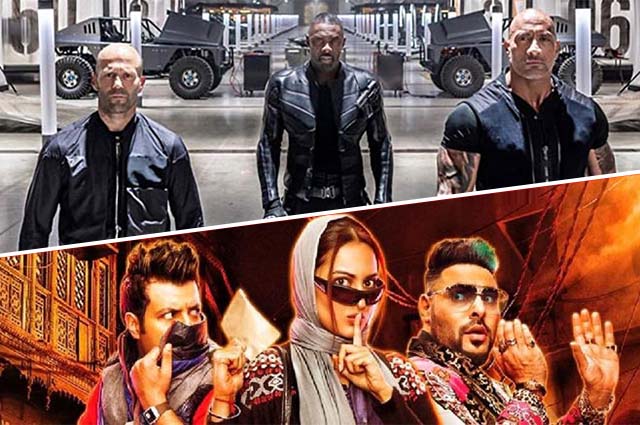 Presented by Universal Pictures, a spin-off of the Fast & Furious franchise has lived up to the expectations of the Indian audience and gathered a solid word of mouth. From critics also, it has received mostly positive reviews and as a result, took a bumper opening.

On Friday, Hobbs & Shaw had started the journey at a terrific note and did the business of 13.15 crores. With this, it has registered the second-best opening of the year so far in India by a Hollywood film. Also, it has become the third-best opener of all time and the best one in the franchise.

On the next day i.e. Saturday, Dwayne Johnson & Jason Statham starrer had recorded a significant jump in footfalls and raked the business of 13.75 crores. Then on Sunday, it managed to collect 16 crores and raised its opening weekend total collection to 42.90 crores nett at the Indian box office from 2100 screens including all the versions.

In parallel, Sonakshi Sinha, Varun Sharma & Badshah starrer Khandaani Shafakhana has got failed to entertain the audience as well as critics. On Friday, it was opened at a poor note and did the business of only 0.75 crore. Over the weekend, it remained dull and minted 0.80 crore on Saturday & 1.20 crore on Sunday. After 3 days, its total collection has become 2.75 crores nett.