After Baahubali, 2.0 is the second film which has raised the standard of Indian cinema worldwide. Amid the humongous buzz, superstar Rajinikanth & Akshay Kumar starrer the biggest Indian film ever is releasing on coming Thursday i.e. 29 November 2018 to challenge the records set by Baahubali 2 at the box office. 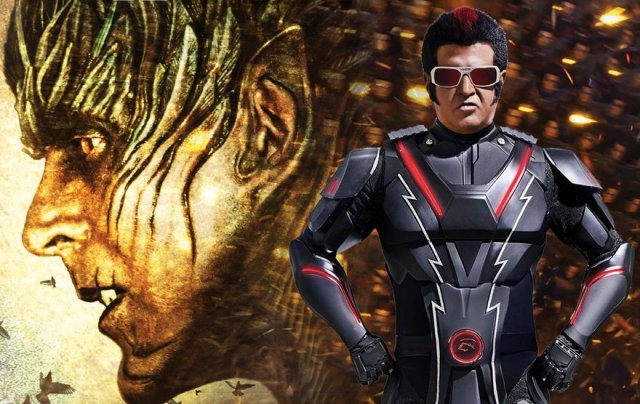 2.0 marks the debut of superstar Akshay Kumar in Tamil cinema and also his first collaboration with Thalaiva Rajinikanth. Both the actors have solid stardom globally, that makes S.Shankar’s directorial one of the most-awaited films of the year. Along with them, it also stars Amy Jackson in a key role.

Produced by Lyca Productions, the sequel to 2010’s blockbuster Enthiran (Robot) is releasing on around 7000 screens across India, that includes 4000+ for the Hindi version & rest for its Tamil & dubbed Telugu ones. With this, it has become the widest Indian release ever across the country & in overseas as well with 2500+ screens for 15 languages.

Advance booking for 2.0 has already opened partly in India and as per the reports, it is getting an overwhelming response at the ticket windows, also it has registered the highest pre-release collection of all time in Tamil Nadu. In most cities of South India, the film has been declared houseful for the entire weekend in advance.

On the hype meter, 2.0 stands parallel to Baahubali 2 with higher screens, but it is releasing on a normal working day. So after considering all the facts & figures, Rajinikanth-Akshay starrer is expected to take the opening of over 100 crores at the domestic box office including all three versions, while Baahubali 2 was opened at 121 crores.

With the Hindi version, Baahubali 2 did the business of 41 crores, which is not an easy mark to cross for 2.0. It won’t be surprising if this magnum opus goes past 40 crores on the opening day with its Hindi version only, but as per the reports, it is expected to open in a range of 30-35 crores. Which means, it is all set to shatter the opening record of Akshay Kumar’s biggest opener Gold (25.25 cores).