Sanjay Leela Bhansali’s crime drama Gangubai Kathiawadi, which was opened on a decent note, has shown good growth over the weekend at the box office. Despite 50% occupancy in key areas, the film has registered a healthy total after the weekend. With positive word of mouth, it is expected to remain steady on weekdays as well. 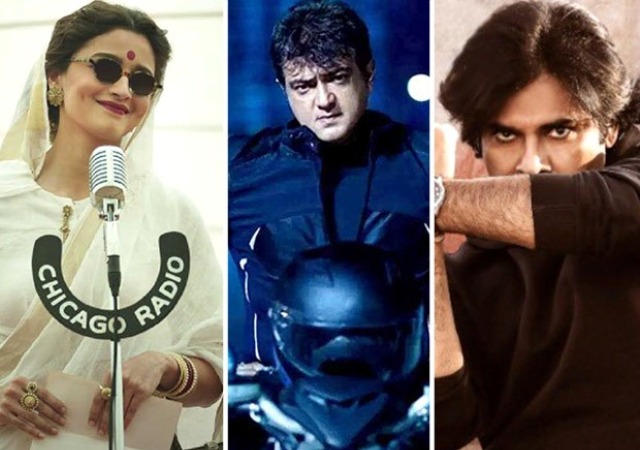 Featuring Alia Bhatt in the title role, Gangubai Kathiawadi has managed to create a solid impact on many critics as well as the audience with its hard-hitting story and powerful performances. On Friday, the film took a decent start and reported a business of 10.50 crores nett – the third-best opening by a Hindi film in the post-pandemic period.

On Saturday, Gangubai Kathiawadi witnessed a jump of 26.86% and minted an amount of 13.32 crores nett. With further growth on Sunday, the film has collected 15.30 crores and has recorded a total of 39.12 crores nett at the domestic box office from around 3500 screens within 3 days of release.

In the South, the much-awaited Tamil action thriller Valimai starring superstar Ajith Kumar is heading very strongly since its release i.e. Thursday, 24 February. In 4 days, the film has done a business of 74.75 crores nett at the Tamil Nadu box office which included 25 crores on Thursday, 17 crores on Friday, 16 crores on Saturday, and 16.75 crores on Sunday.

On the other hand, the new Telugu offering Bheemla Nayak starring Pawan Kalyan and Rana Daggubati has also shown a terrific performance over the weekend and has grossed 61.75 crores from Andhra Pradesh and Telangana. This included 32.25 crores on Friday, 14.50 crores on Saturday, and 15 crores on Sunday.