The latest Hollywood biggie that was released a day earlier on Thursday, Godzilla 2: King Of The Monsters took a decent opening at the Indian box office in opposite to the last week released Disney’s musical fantasy Aladdin which is getting a good response from the Indian audience. 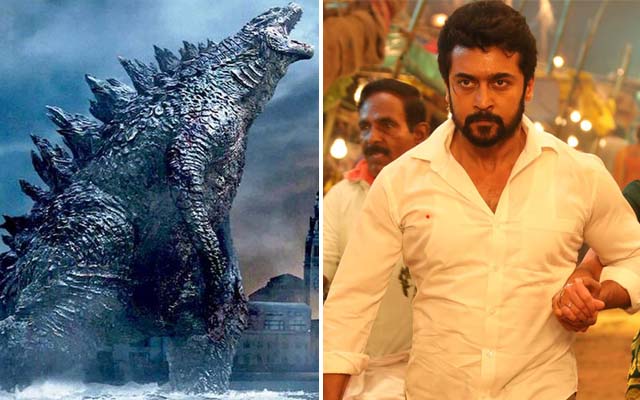 The sequel to 2014’s Godzilla and the 35th film in the Godzilla franchise, King Of The Monsters has got succeed to entertain many in theatres but received mixed reviews from the critics. On Thursday, it was opened at a decent note and did the business of 2.25 crores nett.

Afterwards, it had witnessed a fair jump in footfalls and raked the business of 3.25 crores on Friday & 4.50 crores on Saturday. On the next day i.e. Sunday, with further growth, it managed to collect 5.25 crores and raised its 4-days extended weekend total collection to 15.25 crores nett (18.15 crores gross) from India including all the languages.

On the other hand, the much-awaited Tamil political drama NGK (Nandha Gopala Kumaran) has also got succeed to make the desired impact and was opened at a terrific note. On Friday, it registered the business of 9 crores across Tamil Nadu.

Over the weekend, it remained good and grossed the business of 6 crores on Saturday & 5 crores on Sunday. After 3 days, the total collection of Suriya starrer NGK has become 20 crores at the TN box office with 3.07 crores from Chennai that included 1.03 crore on Friday, 1.07 crore on Saturday & 0.97 crore on Sunday.