After a successful opening week, last Thursday released Gully Boy has started its second weekend on a decent note. Due to the release of biggie Total Dhamaal, Zoya Akhtar’s directorial has witnessed a dent in its business. The new offering has a mass appeal and has diverted major audience towards itself. 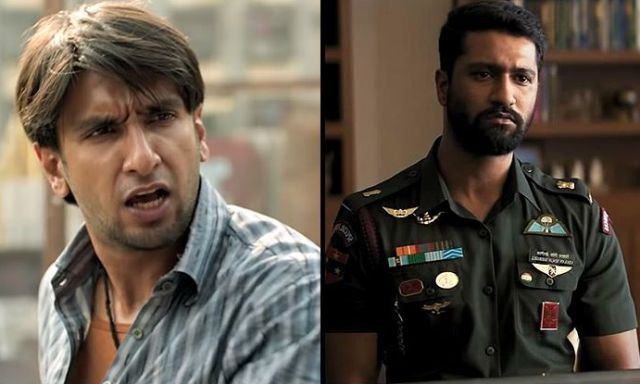 Starring Ranveer Singh & Alia Bhatt in lead roles, the offbeat musical drama has received mostly positive reviews from the critics as well as the audience. As a result, it did the business of 100.30 crores in the extended first week which included 72.45 crores in the opening weekend and 27.85 crores on weekdays from 3350 screens nationwide.

On 2nd Friday, Gully Boy faced a drop of 23.53% as compared to the previous day and managed to collect the amount of 3.90 crores. On the next day i.e. 2nd Saturday, with a superb jump, Excel Entertainment’s production minted the amount of 7.05 crores and raised 10 days total domestic collection to 111.25 crores nett.

On the other hand, 6 weeks back released Uri The Surgical Strike is still heading unaffectedly despite Total Dhamaal and registered the business of 0.70 crore on its 7th Friday. On 7th Saturday, Vicky Kaushal & Yami Gautam starrer once again showed growth and bagged the amount of 1.52 crore.

After 44 days, the total collection of Aditya Dhar’s directorial Uri The Surgical Strike has become 232.79 crores nett including the business of 230.57 crores from the last 6 weeks at the domestic box office. RSVP Movies’ production is likely to challenge Simmba by the end of its journey.