After a fantastic first week, last Thursday released Hindi musical drama Gully Boy was started its second weekend on a decent note but managed to score well on Saturday & Sunday after a good growth in footfalls on multi-screens despite having the new biggie Total Dhamaal in the opposite. 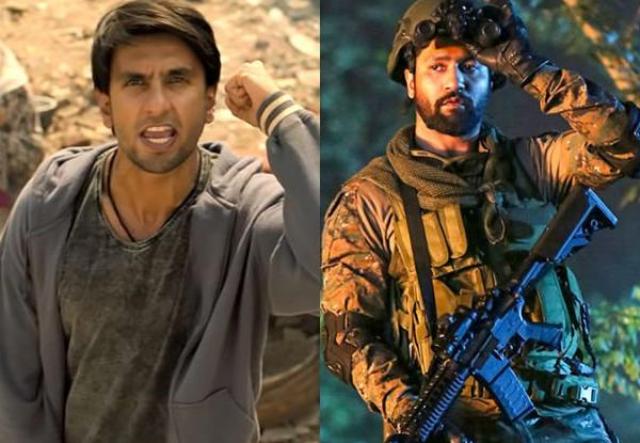 Directed by Zoya Akhtar, Ranveer Singh & Alia Bhatt starrer has received mostly positive reviews from the viewers and gained a good word of mouth. As a result, it remained strong throughout the opening week and did the business of 100.30 crores with 72.45 crores in the opening weekend and 27.85 crores on weekdays from 3350 screens nationwide.

On 2nd Friday, Gully Boy recorded a drop of 23.53% as compared to the previous day and minted the business of 3.90 crores. Over the weekend, once again it picked up well and bagged the amount of 7.05 crores on 2nd Saturday & 7.10 crores on Sunday. With this, its 11 days total collection has become 118.35 crores nett at the domestic box office.

On the other hand, 6 weeks back released the highly-appreciated war drama Uri The Surgical Strike is still heading unaffectedly and passed the 7th weekend on an almost good note. On 7th Friday, it did the business of 0.70 crore, while 1.52 crore on 7th Saturday after a significant jump.

On the next day i.e. 7th Sunday, Vicky Kaushal & Yami Gautam starrer witnessed further growth and minted the amount of 1.81 crore. After 45 days, the total collection of Uri The Surgical Strike has become 234.60 crores nett including the business of 230.57 crores from the last 6 weeks.