Despite being affected by the new release Total Dhamaal, Ranveer Singh & Alia Bhatt starrer Gully Boy has managed to pass its second weekend on a decent note after an excellent first week. But now on weekdays, it is slowing down by a significant rate at the box office. 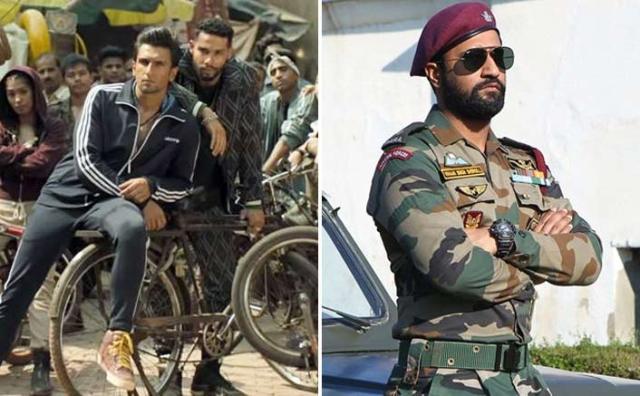 On the next day i.e. 2nd Tuesday, Gully Boy recorded a further decline and bagged the amount of 2.30 crores. After 13 days, the total collection of Excel Entertainment’s production has become 123.10 crores nett at the domestic box office including the business of 100.30 crores from the first week.

On the other hand, more than a month old Hindi war drama Uri The Surgical Strike is still not ready to slow down even in its 7th week. In the 7th weekend, the film did the business of 4.03 crores which included 0.70 crore on Friday, 1.52 crore on Saturday & 1.81 crore on Sunday.

On 7th Monday, Vicky Kaushal & Yami Gautam starrer managed to collect the amount of 0.54 crore after a normal drop, while scored 0.74 crore on 7th Saturday. After 47 days, the total collection of Uri The Surgical Strike has become 235.88 crores including the business of 230.57 crores from the last 6 weeks.