Last Thursday released the much-anticipated Gully Boy has got succeed to hit the target right and registered a massive total in its 8-days extended opening week. Ranveer Singh & Alia Bhatt starrer has now entered in the second weekend and has new biggie Total Dhamaal in the opposite, as a result, it recorded a significant drop in footfalls. 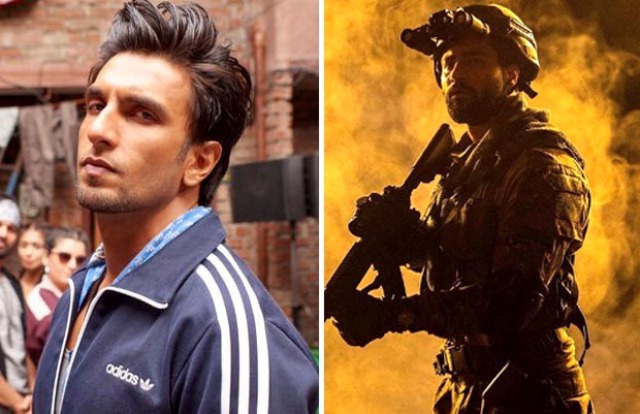 Directed by Zoya Akhtar, the offbeat musical drama has received mostly positive reviews from the critics and gained a good word of mouth. In the opening week, it did the business of 100.30 crores, which included 72.45 crores in the opening weekend and 27.85 crores on weekdays from 3350 screens across India.

On 2nd Friday, Gully Boy witnessed a drop of 23.53% as compared to the previous day and minted the amount of 3.90 crores. With this, its 9 days total collection has become 104.20 crores at the domestic box office. Excel Entertainment’s production is expected to bounce back over the weekend.

On the other hand, more than a month back released war drama Uri The Surgical Strike is showing a miraculous trend at the box office and still not ready to slow down even in its 7th week. On 7th Friday, despite the new release Total Dhamaal, it remained almost steady and managed to collect the amount of 0.70 crore.

With this, the total collection of Vicky Kaushal & Yami Gautam starrer has become 231.27 crores including the business of 230.57 crores from the last 6 weeks. As per the current trend, Uri The Surgical Strike is aiming to challenge Ranveer Singh’s Simmba (240.30 crores).