This week’s two new Hindi films – Heropanti 2 and Runway 34, unfortunately, both have taken lower-than-expected openings at the domestic box office. However, the former has achieved higher numbers among the two, while the latter has registered a dull start. On the other hand, the PAN-India sensation KGF 2 has remained strong even on its third Friday. 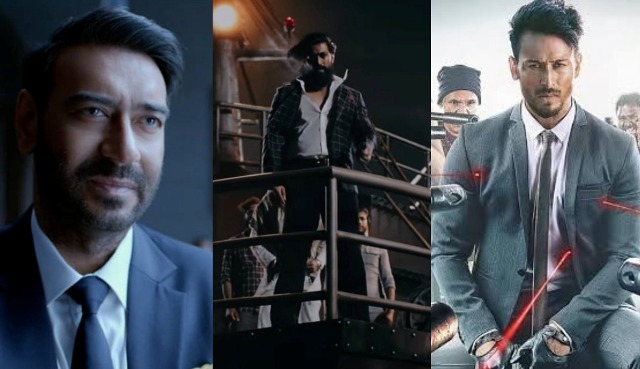 The sequel to 2014’s romantic action film Heropanti, starring Tiger Shroff, Tara Sutaria, and Nawazuddin Siddiqui has received mixed reviews from critics as well as the audience. But still, due to franchise value, Heropanti 2 reported decent advance bookings and has managed to collect 6.50 crores nett on Friday.

In parallel, Amitabh Bachchan, Ajay Devgn, Rakul Preet Singh, and Boman Irani starrer thriller Runway 34 has received favourable reviews from critics as well as the viewers. Still, it took a slow start and minted an amount of 3 crores nett on day-1. The film is expected to pick up well over the weekend due to positive word of mouth.

Whereas, the already existing PAN-India sensation Kannada period action film KGF 2 is still holding well at the box office in its third week despite Heropanti 2 and Runway 34. With its Hindi version, Yash and Srinidhi Shetty starrer did an earth-shattering business of 269.60 crores in an 8-day extended first week and 79.21 crores in week-2.

Directed by Prashanth Neel, KGF 2 (Hindi) entered the third week on a steady note and managed to collect 4.25 crores nett on its 3rd Friday. After 16 days, the film has registered a total of 353.06 crores nett at the Indian box office. While at the worldwide box office, it has grossed over 1000 crores so far including all the versions- Hindi, Kannada, Tamil, Telugu, and Malayalam.