In the year 2018, many Hindi films have tasted success at the box office expectedly and unexpectedly. There is no doubt that the year has passed very interestingly, as this time the audience has shown importance to the content instead of star power. All three Khans who known as money spinners have got failed to hit the target right this year. 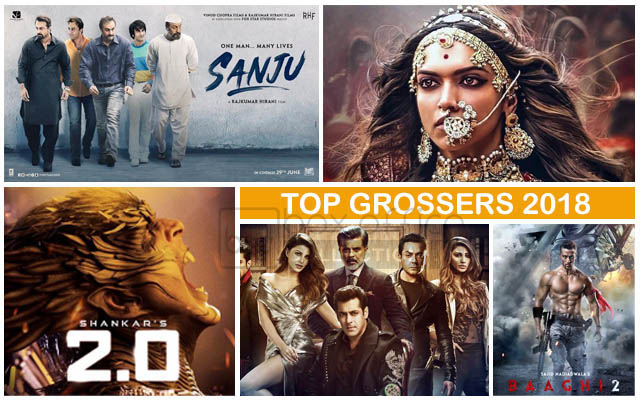 Unlike last year, 2018 has passed phenomenally for Bollywood and witnessed 13 Hindi films that have scored over 100 crores at the domestic box office, out of which two have breached in the 300-crore club & one in the 200-crore club as well. At the top of the list, we have the second highest opener of the year Sanju with a huge total of 342.86 crores.

Sanjay Leela Bhansali’s magnum opus Padmaavat acquired the second position with 302.15 crores and Ranveer Singh’s Simmba at the third with 200+ crores. Superstar Rajinikanth & Akshay Kumar starrer biggest Indian film ever 2.0 which has registered the business of around 190 crores with its dubbed Hindi version only, is at the fourth position.