This Friday release, the much-awaited Hollywood offering Fast & Furious: Hobbs & Shaw has taken a solid start in India. Despite having the new Hindi release Khandaani Shafakhana along with holdover titles in the parallel, it has diverted the major audience toward itself in metros. 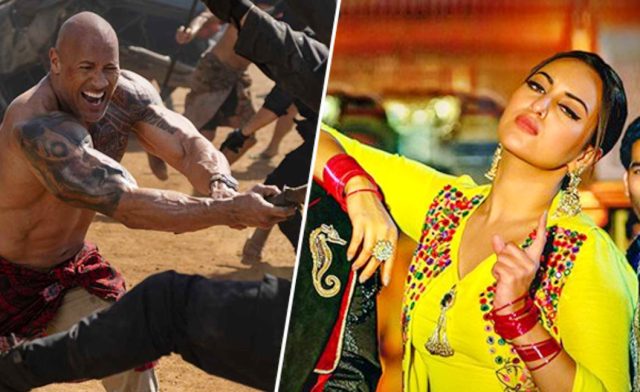 Presented by Universal Pictures, the American action thriller is a spin-off of the Fast & Furious franchise. Expectedly, the film has lived up to the expectations and getting a wonderful response from the Indian audience. Critics have also found it quite entertaining and reviewed positively.

On Friday, Hobbs & Shaw took a good start in the morning with around 30-35% occupancy across India. Post noon shows, it showed usual growth and registered the business of 13.15 crores nett from 2100 screens including all the versions, which is the second-highest opening of the year by a Hollywood film in India.

Dwayne Johnson & Jason Statham starrer has now become the best opener in the Fast & Furious franchise by dominating Fast & Furious 7 (12.30 crores). As per the solid word of mouth, the film is expected to take healthy growth over the weekend at the Indian box office.

On the other hand, the adjacent release Sonakshi Sinha, Varun Sharma & Badshah starrer comedy-drama Khandaani Shafakhana has received mixed reviews from critics as well as the audience. As a result, it remained dull throughout and raked the opening business of 0.75 crore from 1200+ screens.