Dwayne Johnson and Jason Statham starrer much-buzzed Hollywood film Hobbs & Shaw is ruling the box office in India despite having a new Hindi offering and several holdover titles in the parallel. Although it is unexpectedly slipping down on weekdays after a solid opening weekend. 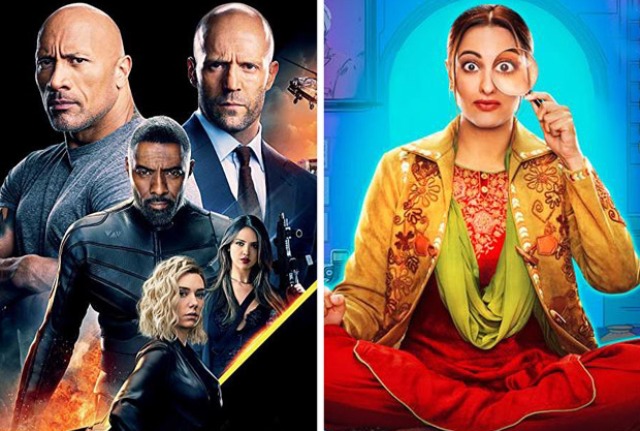 A spin-off of the popular franchise Fast & Furious has got succeed to live up to the expectations of the Indian audience. From critics also, it has received mostly positive reviews and gathered a solid word of mouth. As a result, it had registered a strong weekend at the Indian box office.

After the second-best opening of the year so far in India by a Hollywood film, Hobbs & Shaw showed good growth in business and had raked the business of 42.90 crores in the opening weekend that included 13.15 crores on Friday, 13.75 crores on Saturday and 16 crores on Sunday.

On Monday, Universal Pictures’ presentation had recorded a major drop in footfalls and minted the amount of 6 crores. With the further decline, it managed to collect 5.25 crore on Tuesday & 4.60 crores on Wednesday. After 6 days, its total collection has become 58.75 crores nett including all the versions.

On the other hand, the adjacent Hindi film Khandaani Shafakhana has got failed to entertain the audience and did the business of only 2.75 crores in the weekend. After a significant drop, it bagged the amount of 0.35 crore on Monday, 0.30 crore on Tuesday & 0.25 crore on Wednesday. With this, its 6 days total collection has raised to 3.65 crores nett.