Last week released Hindi film De De Pyaar De is performing far better than the new Hindi offerings of this week- India’s Most Wanted & PM Narendra Modi but there is another film which is leading over the Ajay Devgn starrer as well, Disney’s musical fantasy Aladdin. 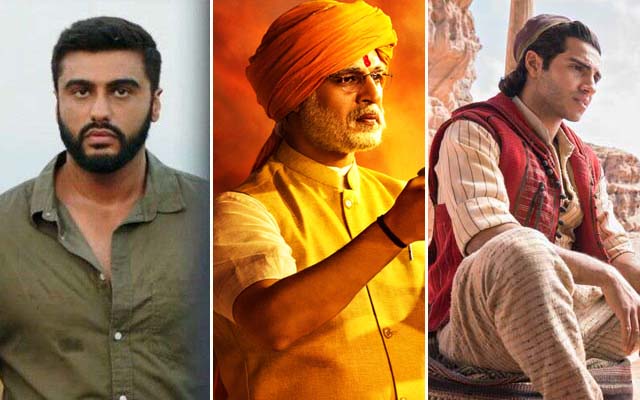 Will Smith, Mena Massoud & Naomi Scott starrer the live-action adaptation of Disney’s 1992 animated film with the same title Aladdin has got succeed to entertain many Indian viewers and gathered a positive word of mouth. As a result, it is getting a wonderful response at the box office.

On Friday, Aladdin was opened at a better note than expected and did the business of 4.25 crores. Then on Saturday, it recorded a good jump in footfalls and bagged the amount of 6.50 crores. With this, its 2 days total collection has become 10.75 crores nett (12.80 crores gross) at the Indian box office.

On the other hand, Arjun Kapoor starrer India’s Most Wanted has got failed to convert positive remarks into numbers. On Friday, it took a dull start with only 2.10 crores. Then on Saturday as well, Raj Kumar Gupta’s directorial remained at a lower side and minted 3.03 crores; raised its 2 days total to 5.13 crores nett.