This Friday released a couple of Hindi films- India’s Most Wanted and PM Narendra Modi have started at a dull note and remained lower than the last week released De De Pyaar De. While the adjacent Hollywood offering Aladdin has taken a solid start at the Indian box office despite the new one Brightburn & last week’s John Wick 3: Parabellum. 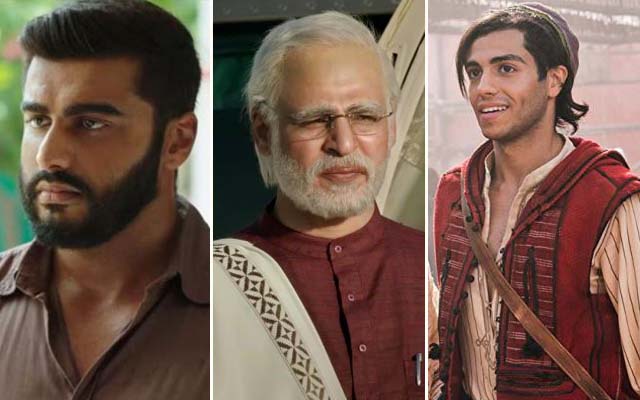 Arjun Kapoor starrer thriller drama India’s Most Wanted is inspired by the arrest of IM terrorist Abdul Subhan Qureshi in January 2018. Directed by Raj Kumar Gupta, the film has received mostly positive reviews from the critics as well as the audience.

On the opening day, Fox Star Studios’ presentation was started its journey at a dull note & recorded decent growth post noon shows in multiplexes. Eventually, India’s Most Wanted managed to register the business of 2.10 crores on Friday. Due to the positive word of mouth, it is expected to take a significant jump over the weekend.

On the other hand, Disney’s live-action adaptation of 1992 animated film with the same title, Aladdin has taken the best opening of the week at the Indian box office with positive feedback. It was opened at a far better note than expected on Friday and bagged the amount of 4.25 crores nett (5.06 crores gross) including all the versions.