After registering an average opening weekend, the latest Hindi offering Jabariya Jodi has entered on weekdays at a decent note due to Eid-Al-Adha holiday on Monday but still remained dull at the box office as compared to the month back released biographical drama Super 30. 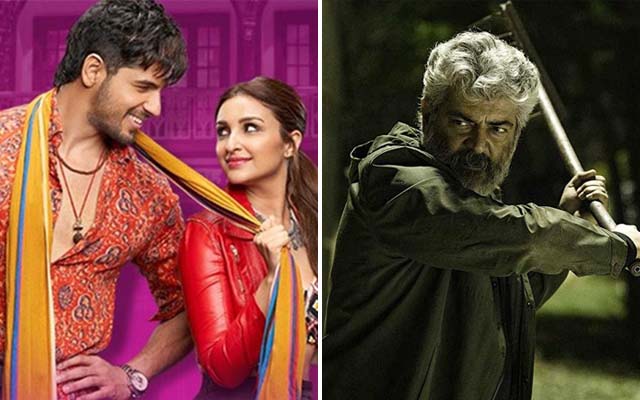 Starring Sidharth Malhotra and Parineeti Chopra in lead roles, the Hindi romantic comedy has got failed to entertain critics as well as the audience and gathered a mixed word of mouth. As a result, it did the business of 12 crores in the opening weekend that included 3.15 crores on Friday, 4.25 crores on Saturday & 4.60 crores on Sunday.

On Monday, due to a public holiday, Jabariya Jodi managed to rake the business of 2.50 crores and raised its 4 days total collection to 14.50 crores nett at the domestic box office. Prashant Singh’s directorial has fewer days left as much-awaited Mission Mangal & Batla House are all set to hit the screens this Thursday.

On the other hand, the official Tamil remake of 2016’s Hindi film Pink, Nerkonda Paarvai has impressed many in theatres like the original. With a solid word of mouth, it had registered the business of 5.55 crores gross from Chennai alone in the 4-days extended weekend that included 1.58 crores on Thursday, 1.17 crore on Friday, 1.38 crores on Saturday & 1.42 crore on Sunday.

Superstar Ajith Kumar starrer social thriller has entered on weekdays at a strong note due to Eid holiday and managed to collect 1.15 crore on Monday despite rains & flood. With this, the 5 days total collection of Nerkonda Paarvai has become 6.70 crores gross from Chennai.