Sidharth Malhotra and Parineeti Chopra starrer latest Hindi offering Jabariya Jodi is struggling at the box office to attract enough audience toward theatres. After an average opening weekend, it had remained almost steady on Monday due to Eid-Al-Adha holiday but has recorded a major drop on Tuesday. 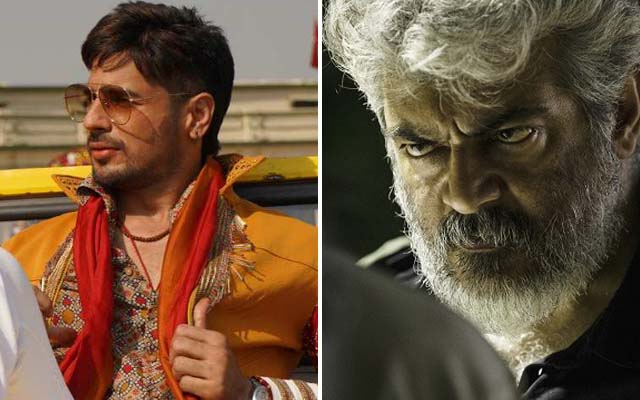 Produced by Balaji Motion Pictures & Karma Media And Entertainment, the romantic comedy has got failed to entertain all the critics as well as the audience. As a result, it has gathered a mixed word of mouth and did the business of 12 crores in the weekend with 3.15 crores on Friday, 4.25 crores on Saturday & 4.60 crores on Sunday.

On Monday, Jabariya Jodi had witnessed a drop of 20.64% vis-a-vis Friday and minted the amount of 2.50 crores. On the next day i.e. Tuesday, Prashant Singh’s directorial has managed to collect 1.25 crore and raised its 5 days total collection to 15.75 crores nett at the domestic box office.

On the other hand, much-awaited Tamil film Nerkonda Paarvai is getting a wonderful response from the audience in Tamil Nadu. With a solid word of mouth, superstar Ajith Kumar starrer had grossed the business of 5.55 crores in the 4-days extended weekend from Chennai that included 1.58 crores on Thursday, 1.17 crore on Friday, 1.38 crores on Saturday & 1.42 crore on Sunday.

On Monday, due to Eid holiday, the official Tamil remake of 2016’s critically-acclaimed Hindi film Pink had raked the business of 1.15 crore across the city. Then on Tuesday, after a significant drop, H Vinoth’s directorial bagged the amount of 0.51 crore and raised its 6 days total collection to 7.21 crores gross at the Chennai box office.