After an average opening weekend, the Hindi offering Sidharth Malhotra & Parineeti Chopra starrer Jabariya Jodi has remained ordinary on weekdays and registered a week at an overall dull note. While the holdover title Super 30 has shown a better trend at the box office even in its fifth week. 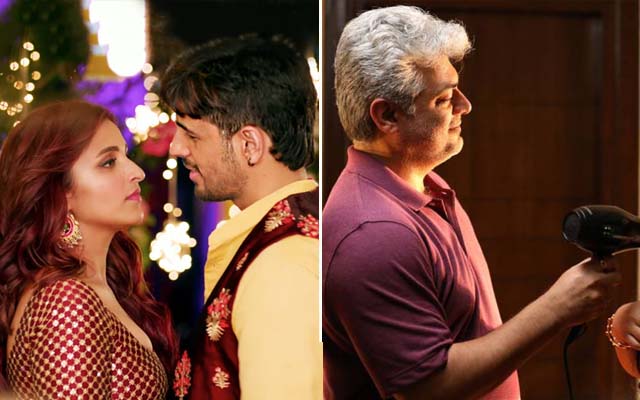 Directed by Prashant Singh, Balaji Motion Pictures & Karma Media And Entertainment’s production has unfortunately received mixed reviews from the critics as well as the audience and as a result, it did the business of 12 crores in the weekend with 3.15 crores on Friday, 4.25 crores on Saturday & 4.60 crores on Sunday.

Then on weekdays, after a significant drop in footfalls, Jabariya Jodi had bagged the amount of 2.50 crores on Monday, 1.25 crore on Tuesday & 1.10 crore on Wednesday. On the next day i.e. Thursday, the Hindi rom-com has managed to collect 0.90 crore and raised one week total collection to 17.75 crores nett at the domestic box office.

On the other hand, the much-awaited Tamil film Nerkonda Paarvai has passed its 8-days extended week at a solid note. With a positive word of mouth, it did the business of 5.55 crores in the weekend from Chennai that included 1.58 crores on Thursday, 1.17 crore on Friday, 1.38 crores on Saturday & 1.42 crore on Sunday.

On weekdays also, Thala Ajith Kumar starrer has remained steady and grossed the amount of 1.15 crore on Monday, 0.51 crore on Tuesday & 0.54 crore on Wednesday. On the next day i.e. 2nd Thursday, H Vinoth’s directorial scored 0.64 crore and raised its one week total collection to 8.39 crores gross at the Chennai box office.