After an average start on Friday, the latest Hindi romantic comedy Jabariya Jodi has remained almost similar on Saturday also. Despite being the solo noticeable Hindi release of this week, it is not getting the desired response from the audience, while the holdover titles still have enough hold in metros. 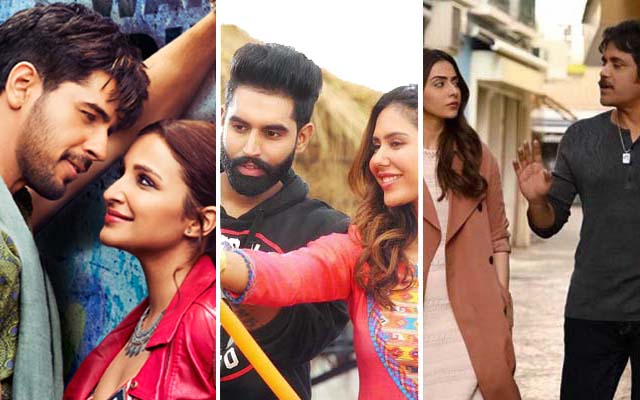 Starring Sidharth Malhotra and Parineeti Chopra in lead roles, Prashant Singh’s directorial has got failed to entertain the audience as well as critics completely and received mixed reviews. As a result, it did the opening business of only 3.15 crores.

On the next day i.e. Saturday, Jabariya Jodi has recorded a decent jump in footfalls and managed to collect 4.25 crores. After 2 days, the total collection of Balaji Motion Pictures & Karma Media And Entertainment’s production has become 7.40 crores nett at the domestic box office.25

In parallel, there is Nagarjuna & Rakul Preet starrer Telugu offering Manmadhudu 2 which had registered a decent opening of 4 crores on Friday from Andhra Pradesh & Telangana with a positive reaction. On Saturday, it managed to rake the shares of 3 crores from the Telugu states and raised 2 days total collection to 7 crores.

On the other hand, the official Punjabi remake of Ajay Devgn’s Singham has received mixed reviews but still took a good start with 1.10 crore gross on Friday. Next day i.e. Saturday, Parmish Verma & Sonam Bajwa starrer has managed to collect 1.40 crore and raised 2 days total collection to 2.50 crores gross across India.