After an average start at the box office, Sidharth Malhotra and Parineeti Chopra starrer Jabariya Jodi has passed the opening weekend at an almost decent note. While the holdover title Super 30 has shown a better trend in its fifth weekend as compared to the new release. 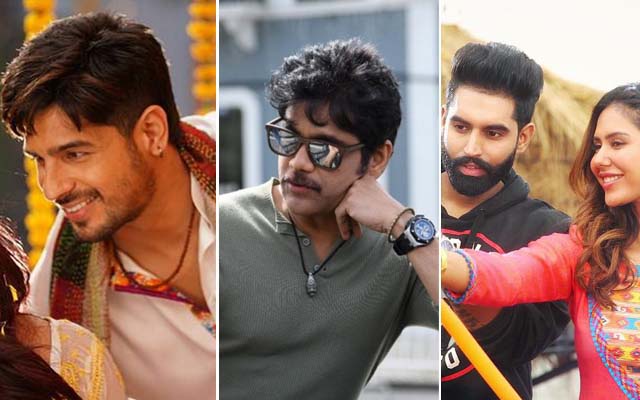 Directed by Prashant Singh, the Hindi romantic comedy has got failed to make the desired impact on critics as well as the audience and gathered a mixed word of mouth. On Friday, it was opened at a normal note and had raked the opening business of 3.15 crores.

Over the weekend, Jabariya Jodi has witnessed a decent jump in footfalls and managed to collect 4.25 crores on Saturday & 4.60 crores on Sunday. After 3 days, the total collection of Balaji Motion Pictures & Karma Media And Entertainment’s production has become 12 crores nett at the domestic box office.

On the other hand, superstar Nagarjuna and Rakul Preet starrer Telugu rom-com Manmadhudu 2 has also received mixed reviews and had raked the share of 4 crores from the Telugu states on Friday. With a usual drop, it managed to bag 3 crores on Saturday & 3.25 crores. In the opening weekend, it has garnered the shares of 10.25 crores at AP/T box office.

In parallel, the official Punjabi remake of Ajay Devgn’s Singham has got succeed to entertain the audience but unfortunately received mixed reactions from critics. In the opening weekend, Parmish Verma & Sonam Bajwa starrer has done the business of 4.05 crores gross across India that included 1.10 crore on Friday, 1.40 crore on Saturday & 1.55 crore on Sunday.