After a decent first week, Saif Ali Khan starrer Jawaani Jaaneman has passed the second weekend at an average note. While the already existing Tanhaji: The Unsung Warrior is still heading wonderfully and has registered a strong fifth weekend despite a couple of new Hindi releases Malang and Shikara. 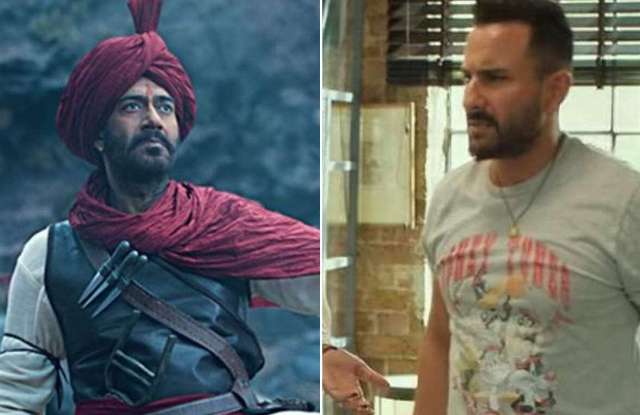 Directed by Nitin Kakkar, the Hindi comedy film Jawaani Jaaneman has got succeed to entertain many viewers and gathered a positive word of mouth. As a result, it had raked the business of 20.21 crores in the opening week that included 12.83 crores in the weekend and 7.38 crores on weekdays, which is not good but better than Saif’s previous solo offerings.

Pooja Entertainment’s production is now running in the second week and had started the weekend at an average note by collecting 1.04 crore on Friday. With a decent jump, it has managed to collect 1.58 crores on Saturday and 1.67 crores on Sunday. After 10 days, its total collection has become 24.50 crores nett.

In parallel, superstar Ajay Devgn’s last offering Tanhaji co-starring Saif Ali Khan still has a very good hold over the audience. In the last 4 weeks, it had garnered the business of 259.52 crores with 118.91 crores in the first, 78.54 crores in the second, 40.42 crores in the third, 21.65 crores in the fourth week.

In the fifth weekend, Om Raut’s directorial had minted the amount of 1.15 crore on Friday. Then on Saturday, it had picked up strongly and raked 2.76 crores. With further growth, Tanhaji has managed to collect 3.45 crores and raised 31 days total collection to 266.88 crores nett.