Saif Ali Khan’s latest offering Jawaani Jaaneman had a decent first week due to a favourable word of mouth. But now in the second week, it has slowed down by a significant rate, although still performing better than several previous solo releases of Saif. While holdover Tanhaji: The Unsung Warrior is running strongly at the box office even in its fifth week. 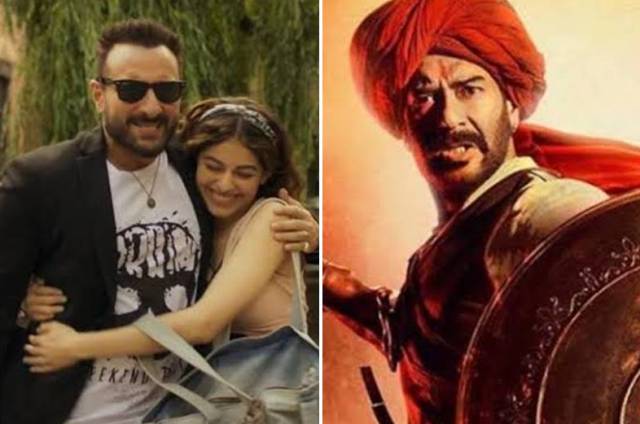 Directed by Nitin Kakkar, the Hindi comedy-drama co-starring debutante Alaya F and Tabu has got succeed to entertain many viewers. In the first week, it had raked the business of 20.21 crores that included 12.83 crores in the weekend and 7.38 crores on weekdays.

In the second weekend, Jawaani Jaaneman had managed to collect 4.29 crores with 1.04 crore on Friday, 1.58 crores on Saturday & 1.67 crores on Sunday. Then on Monday, the film has faced a usual drop in footfalls and minted 0.68 crore. After 11 days, its total collection has become 25.18 crores nett at the domestic box office.

In parallel, superstar Ajay Devgn’s blockbuster Tanhaji still has a very good hold over the audience in Maharashtra. In the last 4 weeks, it did the business of 259.52 crores that included 118.91 crores in the first, 78.54 crores in the second, 40.42 crores in the third, 21.65 crores in the fourth week.