After a decent first week, Saif Ali Khan’s latest offering Jawaani Jaaneman has got failed to hold well despite the positive word of mouth and registered a low second week. While the holdover Tanhaji has performed strongly even in its fifth week despite several new Hindi releases. 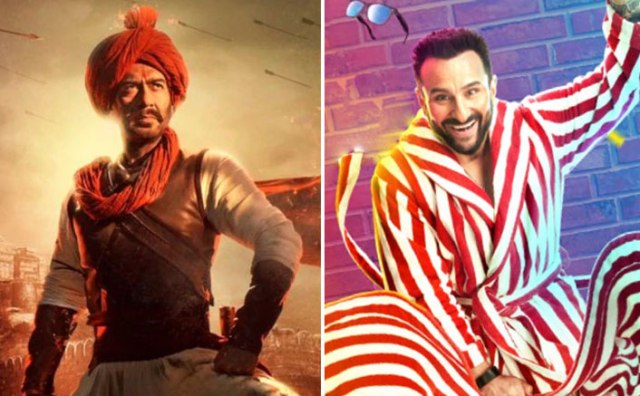 Directed by Nitin Kakkar, the Hindi comedy-drama had raked the business of 20.21 crores in the first week that included 12.83 crores in the weekend and 7.38 crores on weekdays. In the second weekend, after a slowdown, it had managed to collect 4.29 crores with 1.04 crore on Friday, 1.58 crores on Saturday & 1.67 crores on Sunday.

In parallel, Ajay Devgn’s blockbuster Tanhaji: The Unsung Warrior is still running surprisingly well. In the last 4 weeks, it did the business of 259.52 crores that included 118.91 crores in the first, 78.54 crores in the second, 40.42 crores in the third, 21.65 crores in the fourth week.