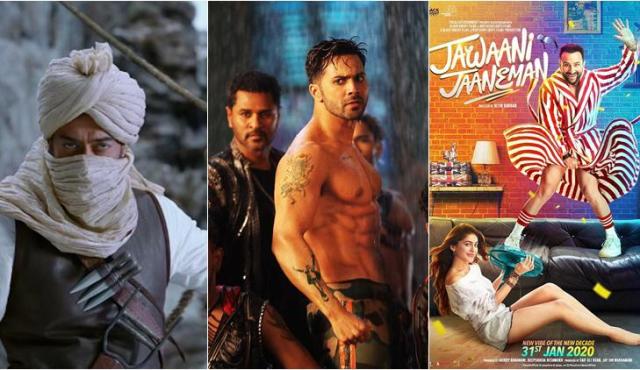 Directed by Nitin Kakkar, the Hindi comedy has received mostly positive reviews from viewers and performing better than previous solo releases of Saif. In the weekend, it had raked the business of 12.83 crores that included 3.24 crores on Friday, 4.55 crores on Saturday & 5.04 crores on Sunday.

On Monday, being a normal working day, Jawaani Jaaneman has recorded a usual drop in footfalls and managed to collect 2.03 crores with 37.35% decline vis-a-vis Friday. After 4 days, the total collection of the film has become 14.86 crores nett at the domestic box office.

In parallel, Varun Dhawan and Shraddha Kapoor starrer Street Dancer 3D is also running with a decent pace. After collecting 56.77 crores in the first week, it had scored 9.32 crores in the second weekend. Now on 2nd Monday, Remo D’Souza’s directorial has managed to collect 1.52 crores and raised 11 days total to 67.61 crores nett.

On the other hand, Ajay Devgn starrer blockbuster Tanhaji still has good hold over the audience. After collecting 237.87 crores in the last 3 weeks, it had raked 13.53 crores in the 4th weekend. On 4th Monday, Om Raut’s directorial has managed to score 2.32 crores and raised 25 days total collection to 253.72 crores nett.