Unlike the previous solo releases of Saif Ali Khan, his latest offering Jawaani Jaaneman is performing decently at the box office since its release. Due to a positive word of mouth, it is also heading steadily on weekdays despite having Street Dancer 3D & Tanhaji: The Unsung Warrior in the opposite. 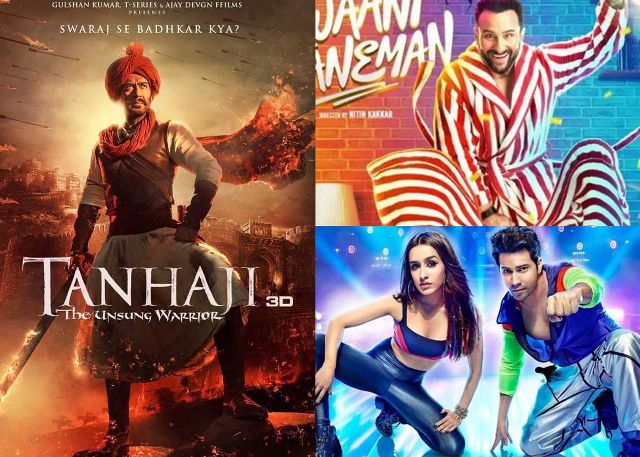 Co-starring debutante Alaya F and Tabu, the Hindi comedy film has got succeed to convince many critics and received mostly positive reviews. As a result, it had raked the business of 12.83 crores in the weekend that included 3.24 crores on Friday, 4.55 crores on Saturday & 5.04 crores on Sunday.

Then on weekdays, Jawaani Jaaneman had entered at a decent note by collecting 2.03 crores on Monday and 1.94 crores on Tuesday. With a further decline, it has managed to collect 1.86 crores on Wednesday and raised 6 days total collection to 18.66 crores nett at the domestic box office.

On the other hand, Varun Dhawan and Shraddha Kapoor starrer Street Dancer 3D had garnered 56.77 crores in the first week and 9.32 crores in the second weekend. Then on weekdays, it had scored 1.52 crores on Monday & 1.35 crore on Tuesday. On the next day i.e. Wednesday, the film has bagged 1.25 crore and raised 13 days total collection to 70.21 crores nett.

In parallel, superstar Ajay Devgn starrer Tanhaji had raked the business of 237.87 crores in the last 3 weeks and 13.53 crores in the fourth weekend. Then on weekdays, it had scored 2.32 crores on Monday & 2.05 crores on Tuesday. Then on Wednesday, the film has managed to score 1.90 crores and raised 27 days total collection to 257.67 crores nett.