Yash Raj Films’ latest offering Jayeshbhai Jordaar has unfortunately failed to create an impact on viewers and registered a dull opening weekend at the box office. Whereas the Punjabi film Saunkan Saunkne has received an excellent response from the audience across North India. 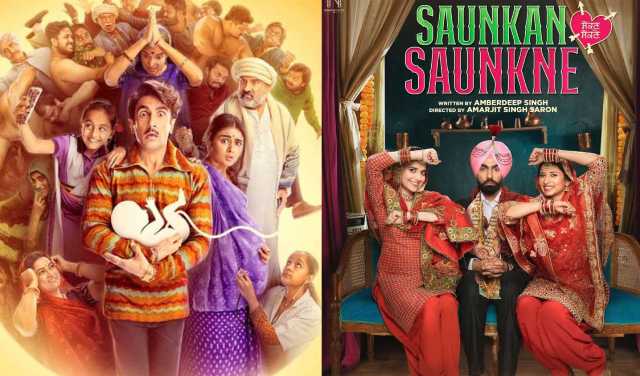 Directed by Divyang Thakkar, featuring Ranveer Singh, Shalini Pandey, Boman Irani, and Ratna Pathak Shah in lead roles, comedy-drama Jayeshbhai Jordaar has received mixed reviews from critics as well as the audience. Despite a relevant plot, the film failed to entertain viewers due to a weak storyline.

On Friday, Jayeshbhai Jordaar opened on a poor note and minted only 3.25 crores. Further, it recorded a jump over the weekend but still remained dull with 4 crores on Saturday and 4.75 crores on Sunday. After 3 days, the film registered a total of 12 crores nett at the domestic box office from 2250 screens.

On the other hand, the Punjabi film Saunkan Saunkne starring Ammy Virk, Sargun Mehta, and Nimrat Khaira has received a very favourable response from critics as well as the audience and garnered positive word of mouth. As a result, the romantic comedy did an opening business of 2.25 crores on Friday.

On Saturday, Amarjit Singh’s directorial Saunkan Saunkne recorded a good growth and minted an amount of 3.20 crores. With a further jump, it raked 3.95 crores on Sunday and registered a strong 3-day total of 9.40 crores from Punjab and nearby regions of North India.