After a fair opening week, Hindi dark comedy Judgementall Hai Kya has passed its second weekend at a decent note. With mostly positive reviews, it did the business of 31.42 crores in the first week that included 22.04 crores in the weekend and 9.38 crores on weekdays. 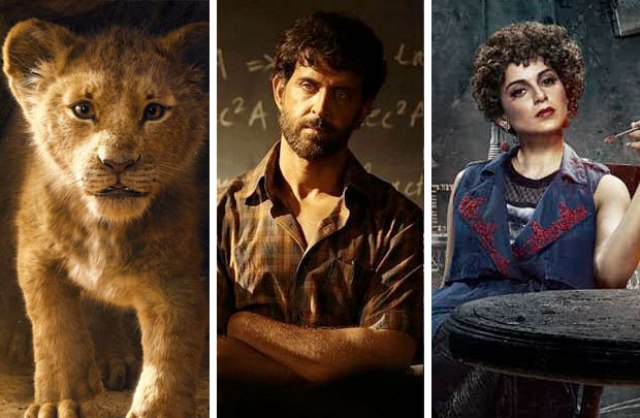 Kangana Ranaut and Rajkummar Rao starrer has now entered in the second week and started the weekend at a steady note by collecting 1.60 crores on 2nd Friday. Then Judgementall Hai Kya showed decent growth and minted the amount of 1.70 crores on 2nd Saturday & 1.85 crores on 2nd Sunday. After 10 days, its total collection has become 36.57 crores nett.

On the other hand, a couple of weeks back released Disney’s presentation The Lion King had passed its last two weeks at a blockbuster and did the business of 127.32 crores with 81.57 crores in the first & 45.75 crores in the second week. Now it is running in the third week and once again passed the weekend at a solid note.

On 3rd Friday, Jon Favreau’s directorial had faced a drop of 41.53% vis-a-vis previous day and minted 1.76 crores. Over the third weekend, it showed a noticeable jump and bagged the amount of 4.45 crores on Saturday & 5.67 crores on Sunday. After 17 days, the total of The Lion King has become 139.20 crores nett from India including all the versions.

Another existing film, Hrithik Roshan and Mrunal Thakur starrer Super 30 has also faced the new release Hobbs & Shaw bravely. After registering the business of 131.65 crores in the last 3 weeks that included 75.85 crores in the first, 37.86 crores in the second & 17.94 crores in the third week, it has passed the fourth weekend also at a strong note.

On 4th Friday, Vikas Bahl’s directorial had witnessed a drop of 36.42% than the previous day and scored 0.96 crore on board. Over the weekend, it showed solid growth and garnered the business of 2.10 crores on Saturday & 3.22 crores on Sunday. After 24 days, the total collection of Super 30 has become 137.93 crores nett.